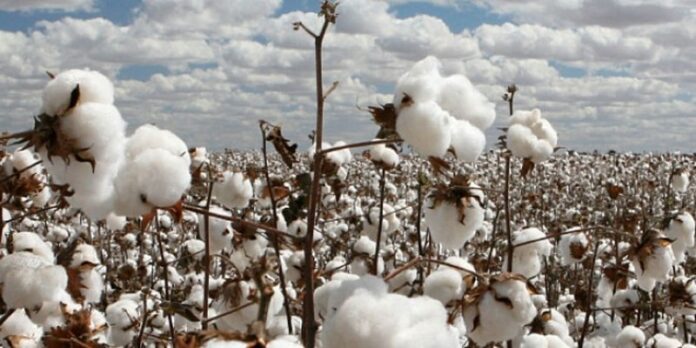 Out of the total arrivals, over 8.56 million bales underwent the ginning process, according to a fortnightly report released to media by Pakistan Cotton Ginners Association (PCGA) on Wednesday.

Total sold out bales were recorded at over 8.06 million bales, including 8 million bales bought by textile mills and 58,666 bales purchased by exporters.

As many as 503,458 bales were still lying with the ginneries as unsold stock.

The report does not include cotton arrival figures from the districts of Kasur and Sargodha.

A total of 16 ginning factories were operational in the country, including four in Sindh and 12 in Punjab.

The fortnightly flow of cotton bales for second fortnight of Mar 2020 was recorded at 5,885 bales.

ISLAMABAD: Pakistan has joined the Digital Cooperation Organisation (DCO) as a founding member. The organisation has been established under an initiative of the Kingdom of...
Read more
HEADLINES

ISLAMABAD: Advisor to the Prime Minister on Trade and Investment, Abdul Razak Dawood has urged exporters to send their proposals on the proposed Pakistan-Afghanistan...
Read more
HEADLINES

PESHAWAR: The Sarhad Chamber of Commerce and Industry (SCCI) has urged the Khyber Pakhtunkhwa (KP) government to devise a strategy regarding the enforcement coronavirus...
Read more
HEADLINES

Pakistan and Denmark have agreed to explore new avenues of cooperation in green technologies by establishing a 'Green Partnership'. This understanding was reached during the...
Read more
HEADLINES

November 26, 2020
PESHAWAR: The Sarhad Chamber of Commerce and Industry (SCCI) has urged the Khyber Pakhtunkhwa (KP) government to devise a strategy regarding the enforcement coronavirus...