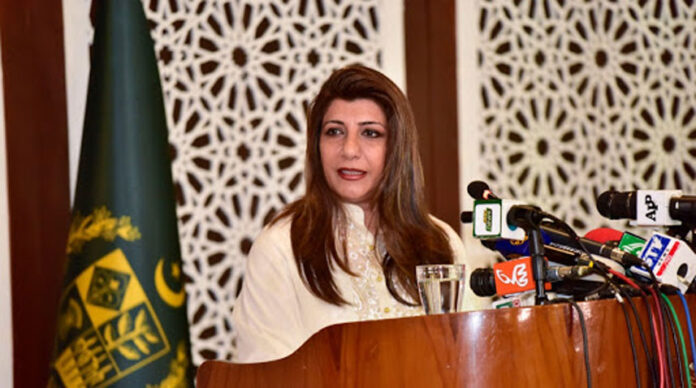 ISLAMABAD: Pakistan has categorically rejected the Indian propaganda against the China-Pakistan Economic Corridor (CPEC), terming it desperate attempts to falsify facts and mislead the world community.

In a statement issued the other day, Foreign Office Spokesperson Aisha Farooqui said Indian remarks about the joint statement issued by Pakistan and China following President Dr Arif Alvi’s visit to Beijing are contrary to facts.

She said remarks made by the Indian Ministry of External Affairs, calling Indian Occupied Jammu and Kashmir an “integral part” of India, are a clear violation of the relevant UN Security Council’s resolutions.

The spokesperson said Jammu and Kashmir is the oldest unresolved dispute on the agenda of the UN Security Council and the international community has recognised it as such for over seven decades.