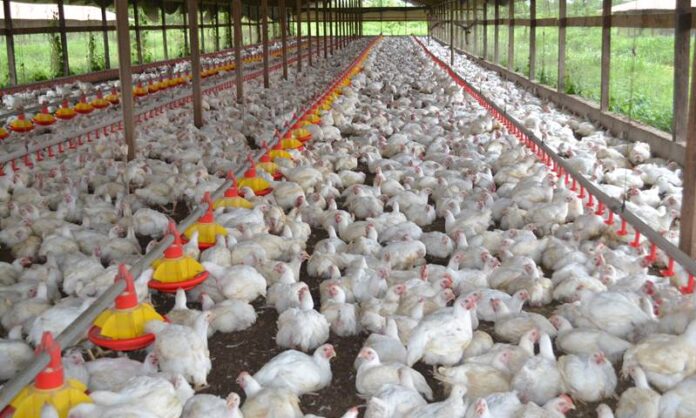 ISLAMABAD: Pakistan Poultry Association Spokesman Khalil Sattar has expressed serious concerns over an imminent possible cut in the supply of chicken and eggs in the coming months due to extremely low demand amid countrywide lockdowns.

“The consumption has plummeted and prices have crashed, as such, no boiler farmer is prepared to place day-old chicks at their farms, even for free, as a result of which hatcheries have stopped setting eggs for chick production. Likewise, egg layers have also been culled; showing signs of short supply of eggs. Until last week, day-old chicks were being sold at Rs2-3/chick against production cost of Rs38-40/chick.”

He said that broiler breeders, which were consuming feed, have been sold at throwaway prices for meat. This will definitely result in short supply in the coming months. On resumption of businesses as usual and opening of schools, hotels, restaurants and wedding halls, the demand is going to spurt and due to extreme low availability of chicken, prices will shoot up.

“If the government intervenes by way of price controls, the farmers who have lost during this period will suffer a much greater loss and discouragement for resuming production.  Sale of generic agriculture and livestock produce prices fluctuate in a free economy of demand and supply interaction. In the current environment, we do not expect the government to reopen marriage halls, hotels, restaurants, etc. as we fully understand that life of citizens is more important but it is our responsibility to inform the government of what is likely to be in the prospect.”

He pointed out that electricity has become the second highest input cost in chicken and eggs. In order to avert the losses, the association has requested for reduction in electricity tariff and deferring the recovery of loans.