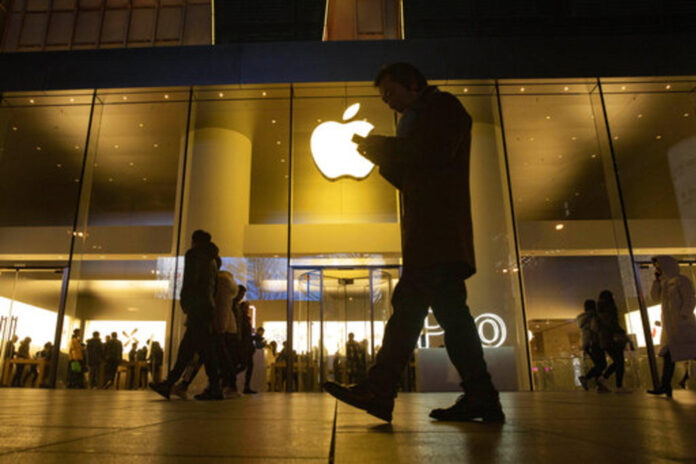 Goldman Sachs said on Friday it expects iPhone shipment to drop 36 per cent during the current quarter due to coronavirus-related lockdowns around the world and downgraded Apple Inc stock to “sell”.

The Goldman analysts also lowered their price target for the stock by 7pc to $233 in its report forecasting the drop in iPhone demand for the quarter ending in June, Apple’s fiscal third quarter.

The brokerage noted that average selling prices for consumer devices are likely to decline during a recession and remain weak well beyond the point when units recover.

“We do not assume that this downturn results in Apple losing users from its installed base. We simply assume that existing users will keep devices longer and choose less expensive Apple options when they do buy a new device,” Goldman Sachs analysts said in a note.

“I view some of that as deferred demand…I think some of that will come back in succeeding quarters,” Tuz said.

A Goldman “sell” rating is relatively rare. Of the stocks in the investment bank’s global equity coverage universe, 15pc have sell ratings, compared with 46pc “buy” and 39pc “hold.”

Of the 40 analysts covering Apple shares, 30 have “buy” or “strong buy” ratings, seven have “hold” ratings, and three have “sell”, according to Refinitiv.

Earlier this week, Apple released a smaller iPhone priced at $399, lowering the starting price for the company’s smartphone line to broaden its appeal among budget-conscious customers.

Goldman said it does not expect the company to launch the upcoming iPhone models until early November, as limited global travel could impede Apple’s final engineering and production process.

Since the S&P 500 hit an all-time high on Feb. 19, Apple shares are down about 13pc against a 16pc decline for the overall index.