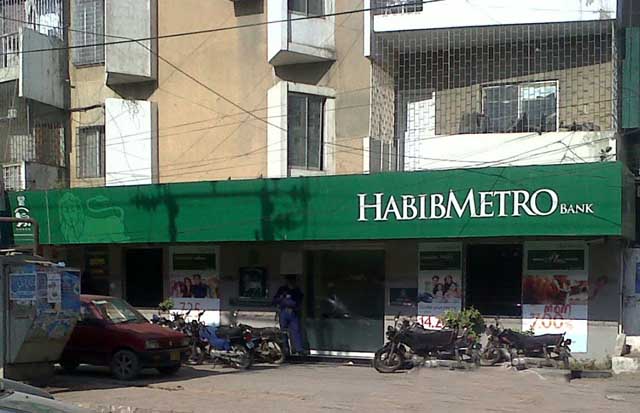 KARACHI: The Board of Directors of Habib Metropolitan Bank Ltd (HMB) met on Friday to review the bank’s performance and announce its financial statements for the first quarter ending March 31, 2020.

According to the financials, which were released on Monday, the bank’s profit after tax increased to Rs1.64 billion in the quarter ending March 2020, as compared to the Rs1.56 billion in the corresponding period last year, showing a growth of 5pc year-on-year.

However, when compared to the fourth quarter of 2019, profit after tax declined by 4.9pc.

The bank’s earnings per share (EPS) clocked in at Rs1.48, which is a marginal increase from the Rs1.41 during the same period last year.

Despite the marginal increases, the bank’s profit after tax was below analysts’ expectations.

“The result was below our expectation on account of higher than expected lending under SBP refinance schemes, limiting the effect of higher interest rates on earnings,” according to a research report by AKD Research.

Most of this was driven by the whopping 79pc increase in foreign exchange income, to Rs782 million, due to volatility in the exchange rate.

However, there was a 19.2pc decline in fee income, to Rs1.35 billion, which analysts attributed to the general global lockdown impacting trade income.

Not only are this quarter’s results below expectations, but last year’s financial statements were also disappointing.