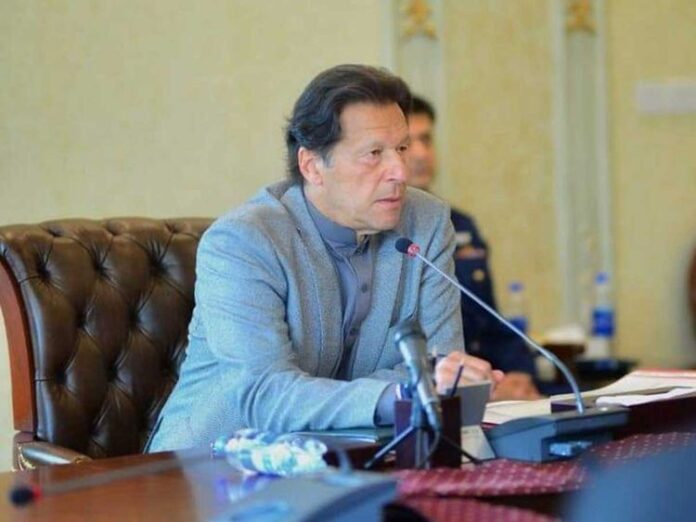 ISLAMABAD: Prime Minister Imran Khan on Friday said that Pakistan has not received any financial assistance from any country or global organisation despite the coronavirus outbreak in the country which has infected more than 11,500 people and claimed over 240 lives.

During a meeting with social media influencers and journalists, he said the situation developing after the pandemic is a big test for the entire world and Pakistan.

He said that Pakistan’s economy was badly hit by the pandemic and despite severe hardships, no country or global organisation lent even a single dollar, adding that only International Monetary Fund (IMF) gave relief in repayment of loans.

However, he added, the situation was different in the country than Europe and the United States.

The premier said that the underprivileged were the hardest hit by lockdowns whereas the remittances from overseas Pakistanis have also stopped. “I did not want to impose the lockdown as it would increase the miseries of the labourers and daily wagers. 75% of them are not even registered,” he added.

The PM also announced a “track and trace system” for coronavirus cases which will be introduced throughout the country with the help of the country’s premier spy agency, Inter-Services Intelligence (ISI).

He added that the system will help in identifying areas where there were numerous coronavirus cases.

“We will lock down those areas where there are [numerous] coronavirus cases whereas business in other areas will be kept open,” he said.

Apparently taking a jibe at the political opponents, PM Imran said that many people were spreading false propaganda and resorting to lies on social media. “Those who have made money out of corruption were afraid of free media because they would get exposed,” he said and added that no matter how many lies are told, people would eventually find the truth.

PM Imran said that he had witnessed the highs and lows of Pakistani media. “I have seen ratings of TV anchors go up and also, go down,” he said. “Respect and dishonour both are in Allah’s hands. If someone thinks he can bring dishonour to another person, he is wrong.”

He said that if human beings could bring honour or dishonour upon someone then only the rich would be respected. “You cannot hide or suppress the truth for long,” he said.

The prime minister said that Pakistani media was used to hide politicians’ corruption. “[TV] anchors were given money to do planted programmes,” he said, adding that current affairs shows had become ‘meaningless’ for people. “Current affairs programmes produce no results,” he said.

PM Imran said that Hollywood and Bollywood were promoting vulgarity in society. “Vulgarity destroys the family system,” he said. His remarks come a day after Maulana Tariq Jamil criticised Pakistani and international media for peddling lies.

In a separate meeting with National Assembly Speaker Asad Qaiser, Prime Minister Imran said that the parliament has a pivotal role in the fight against coronavirus.

The prime minister said implementing the decisions taken at the parliament level is our priority, appreciating the steps taken by Qaiser regarding the establishment of a functional committee for Zaireen and Tableeghi Jamaat.

The speaker appreciated the steps taken by the government to contain the spread of the contagion.

He said it is because of timely steps that the trajectory of coronavirus in Pakistan is low when compared with other countries. Asad Qaiser said a special parliamentary committee on coronavirus comprising parliamentary leaders has been established.

He said the special committee has given positive suggestions to cope with the current situation.

The speaker also apprised the prime minister about matters pertaining to the convening of the session of the National Assembly.