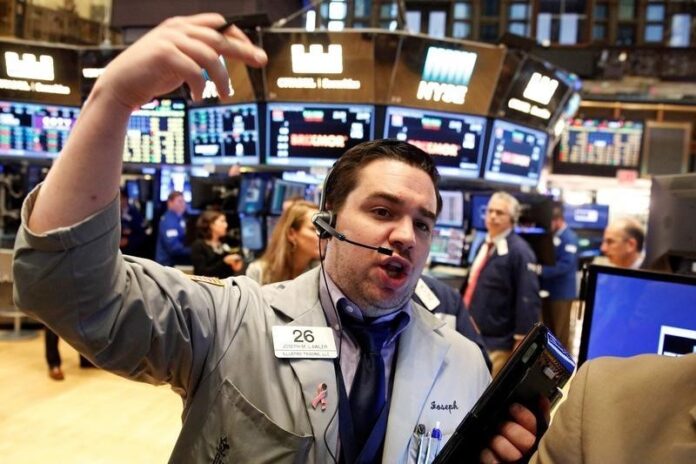 Asian shares bounced on Monday as the Bank of Japan (BOJ) announced more stimulus steps to help cushion the economic impact of the coronavirus, while oil took another spill as the world ran short of space to store it all.

The BOJ matched market speculation by pledging to buy unlimited amounts of government bonds, removing its previous target of 80 trillion yen per year. It raised purchases of corporate and commercial debt and eased rules for what debt would qualify. The Federal Reserve and the European Central Bank meeting later in the week, with the latter likely to do more.

“For the Fed, no further developments on QE or interest rates are expected, but we expect it to underline that its policies will be in place indefinitely to support the economy,” ANZ wrote in a research note.

“We expect the ECB to raise the size of its emergency bond-buying package (PEPP) by around 500 billion euros to 1.250 trillion and to continue pressing for a sizeable fiscal stimulus.” On the data front, the United States and European Union release GDP for the first quarter and the influential U.S. ISM survey on manufacturing. Earnings season will be in full swing with around 173 companies in the S&P 500 reporting this week, including Apple, Amazon.

Analysts expect a 15% decline in S&P 500 first-quarter earnings, with profits for the energy sector, estimated to slump more than 60%, raising fears of debt defaults, layoffs and possible bankruptcies. Bond markets remain well supported by the truly massive easing underway from major central banks, which have seen U.S. 10-year yields trade around 0.6% for a week or more.

The dollar has been generally bid thanks to its safe-haven status as the world’s most liquid currency at times of stress, though moves have been relatively mild in recent weeks. The dollar index touched a three-week high at 100.860 on Friday before easing back to 100.150 on Monday.