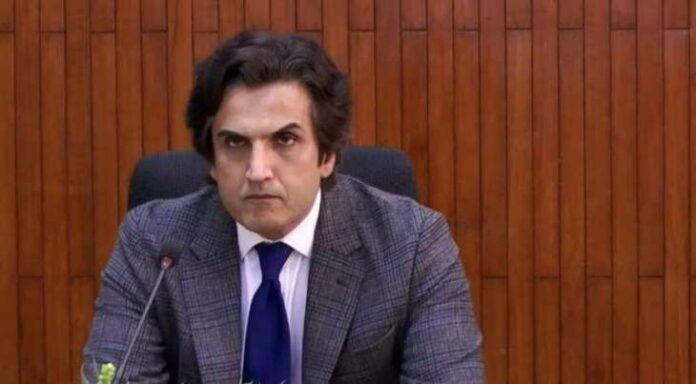 He was speaking at a high-level meeting held at the Economic Affairs Division (EAD), according to a press statement issued here the other day. The meeting was attended by the Ambassador of European Union, Country Director Asian Development Bank (ADB), Country Director World Bank (WB), United Nations (UN) Resident Coordinator and the representative of Islamic Development Bank (IDB).

The government launched Pakistan’s Pandemic Preparedness and Response Plan on April 23, 2020, where development partners committed their financial and technical support including grant and concessional financing.

According to the statement, to date over 1.8 million Personal Protective Equipment (PPE) and medical equipment had been delivered around the country. The WB is also ramping up its support to provide over $2 billion in new financing and up to $1 billion in repurposing of existing funds including $130 million in grant funding over the next 15 months. These funds will support Pakistan’s strong and quick recovery from COVID-19 crisis, the statement added.

An important part of the efforts would focus around prioritising resources to restore employment and livelihoods for the portion of the population worst affected by the crisis, like the labourers and daily wage earners, through an ambitious public works programme. Similarly, the ADB has so far extended grant assistance worth US$ 2.5 million and repurposed US$ 50 million from National Disaster Risk Management Fund for Pakistan which were being utilised by the government to respond to the COVID-19 pandemic health needs at the national and provincial levels.

A US$ 500 million worth Counter Cyclical Support Facility and US$ 300 million as Emergency Assistance Lending (EAL) to respond to COVID-19 were also under preparation for approval by the ADB Board within this financial year. In addition, a pipeline of US$ 900 million in policy based lending for reforms in capital markets, trade & competitiveness and energy sector to be approved by the Board of ADB before the end of 2020, is also under discussion.

The IMF has already approved and disbursed US$ 1.386 billion under its Rapid Financing Instrument, the statement added. While there are commitments of US$ 12.545 million from the European Union and financing support from the Islamic Development Bank of US$500 million in oil financing and USD 150 million for mitigating COVID-19 impact.

According to the statement, the UN had provided technical training of medical staff, adding that the UNDP and WHO had also assisted NDMA and Ministry of Planning, Development and  Special Initiatives in preparation of Pakistan’s pandemic response plan. The UNRC has invited Pakistan to join WHO’s COVID 19 partners web-based platform for collaborating on COVID-19 response.