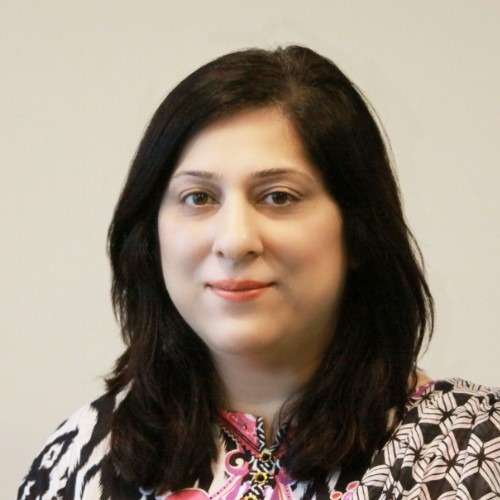 ISLAMABAD: Shaista Bano Gillani has taken charge of the Competition Commission of Pakistan (CCP) as its chairperson, said a notification issued the Finance Division on Monday.

On April 28, the federal cabinet had approved the appointment of Shaista Bano as the acting chairperson of CCP.

Shaista Bano holds a Masters’ degree in Economics for Competition Law from King’s College, University of London, as well as a Masters’ in Business Administration with majors in Finance from Quaid-e-Azam University, Islamabad.

She is also an Associate Chartered Certified Accountant (UK) since 2006.

Shaista Bano served at the Securities and Exchange Commission of Pakistan as deputy registrar till 2007, before joining CCP in the same year.

As the director general of CCP’s Cartels and Trade Abuse department, she had led a number of key investigations, inspections, and authored various inquiry reports pertaining to the wide-ranging industry and economic sectors such as telecommunications, electronic media, electricity generation and distribution, LPG, CNG, sugar, cement, stock exchanges and jute mills.

These investigations, searches and enquiry reports have resulted in unearthing some big cartels and abusive practices. In April 2019, she was appointed as Member CCP.

It may be noted that in 2018, the federal government, while acting upon a summary issued by the Ministry of Finance, had dismissed outgoing chairperson Vaidya Khalil along with two other members of the CCP. Khalil’s tenure was going to end in December 2020.

Later, Khalil and the other two members moved the Islamabad High Court (IHC) against the termination of their services and retained their positions through obtaining a stay order from the court.

In February 2020, a single-member bench of the IHC, in its final decision, had upheld their appointments.

The federal government then filed an intra-court appeal against the IHC’s decision, following which the court had set aside the verdict of its single-member bench and had upheld the government’s decision to dismiss the CCP chairperson Vadiyya Khalil and other members.

Vadiyya Khalil was initially appointed as member CCP in 2010 and after completing her five-year tenure in 2015, she was appointed as the commission’s chairperson.

During her term, the CCP did some important work in enforcement, advocacy and mergers. In 2018, the PML-N government reappointed her for a second term as member and chairperson.