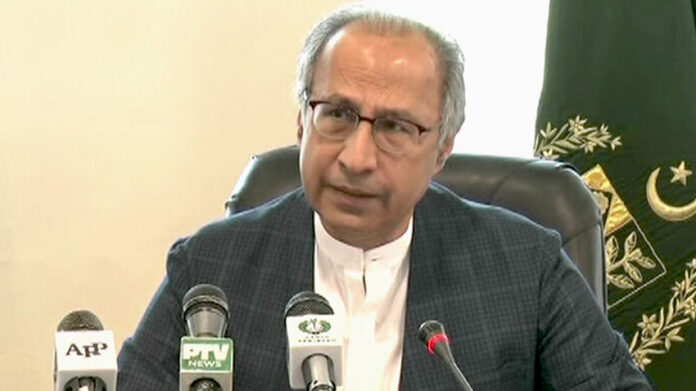 ISLAMABAD: Pakistan’s fiscal deficit will surge to 9pc in the ongoing fiscal year, the country’s de facto finance minister said, as its economy reels from the fallout of the coronavirus crisis.

Pakistan, which has reported 26,435 confirmed cases of COVID-19 and 599 deaths, had announced lifting countrywide lockdown from Saturday in a bid to restart economic activity.

Fear of an economic meltdown is said to be the main reason behind ending the shutdown at a time when the country’s curve, or rate of infections, is edging up sharply.

“The expectation of the deficit we had prior to the coronavirus was 7.6pc. Now, after corona, we think the deficit will touch 8pc plus and that it might be 9pc,” said Abdul Hafeez Shaikh, Adviser to Prime Minister on Finance and Revenue, who is effectively the country’s finance minister.

In an interview with Reuters at his office in Islamabad, Shaikh said the coronavirus-hit South Asian economy will also miss a tax revenue target that had recently been downwardly-revised and agreed to with the IMF, which gave the country a three-year, $6 billion bailout last year.

The country’s economy is now projected to contract 1pc to 1.5pc in the ongoing fiscal year, Shaikh added, officially corroborating earlier IMF estimates of the extent of the effect of the pandemic on Pakistan’s economy.

Pakistan was targeting growth of 2.4pc in fiscal year 2019-20 as it struggled to restructure its economy, which was suffering from yawning current account and fiscal deficits and depleting foreign reserves.

Analysts say support in term of swift loans, aid and debt relief from development partners, friendly states, financial institutions and G20 countries is likely to create a fiscal space for Pakistan to keep its economy afloat.

The de facto minister said Islamabad had applied for debt relief that had been offered by the G20 to over 70 countries, adding that it will defer a payment of around $1.8 billion for Pakistan for one year.

“World Bank and ADB are giving us special packages,” he said terming it a great breather, adding that, “if the creditors are not knocking on your door right now then you can use this period to try and divert that money into more pressing needs at home.”

The upcoming budget for fiscal 2020/2021 is an uphill task Shaikh is to present early June.

“The first goal is to prevent the corona from affecting our citizens too badly or affecting our economy too badly,” he said, adding he would do his best to try secure maximum funds for a cash handout to the poor. “We have to try to keep our industry moving especially on the export side.”

Pakistan has already introduced several packages to bail out business and industry, including over a trillion Pakistani rupee ($6.31 billion) stimulus to help revive the coronavirus-hit economy and the cash handout to nearly 12 million people.

Although no one knows how long the coronavirus crisis is going to last, Shaikh said his government would try to slash the fiscal deficit in the next budget as well as cut expenditures, which could be anywhere including defence.

“This is an ongoing discussion which is underway,” he said.