Pakistanis don’t trust the PSX. They should

With the stock market looked at with suspicion, what investors need to understand is that fraud will always be out there, and not having faith is just counterproductive. 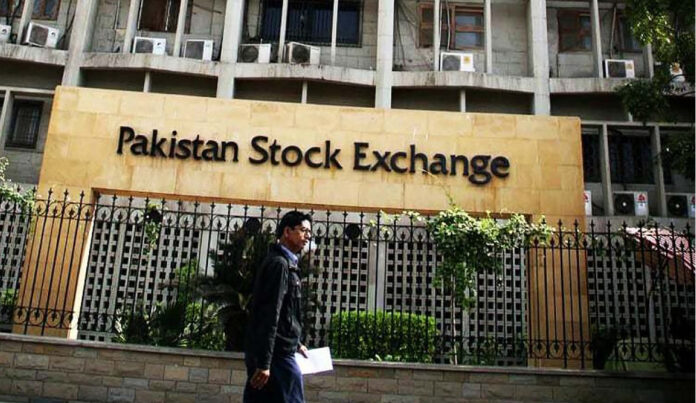 Pakistan’s market lacks depth. The greatest proof of this is that fewer than 0.1% of the population has ever invested in stocks in the country, despite superior returns in equity investment. The primary reason for this is a lack of trust. The closest that an ordinary Pakistani has gotten to the stock exchange is either Sohail Warraich interviewing Aqeel Karim Dhedi for an episode of Aik Din Geo Kay Saath, or when Danish hit the jackpot by buying stocks in the infamous Khaleel Qamar serial, Meray Pass Tum Ho.

There is very little connection between the stock market and the average joe. When I was at LUMS, the only thing I knew about the Karachi Stock Exchange was the paper by Asim Khwaja and Atif Mian titled Price Manipulation in an Emerging Stock Market. I suspect this particular image of stock investing is not just prevalent among the general population, but is also the predominant view point in important policy circles. Most, if not all of these stereotypes, are either completely or partially wrong.

Unfortunately, I do not have the strength to rise to the defense of the PSX. The opinions about it are so ingrained, that any factual data that might counter these long held beliefs, is treated with disdain and will most certainly not be able to penetrate the walls of bias. Instead, what I can do is talk about other markets – ones we like to look upto and wish to emulate, and see that they don’t really have their act together either.

Since leaving Pakistan in 2005, I have directly invested in multiple emerging markets, from Russia in the Northern hemisphere, down to South Africa in the Southern. I have also advised investors investing in Apple in the West and those in the East investing in Samsung.

Let’s start with Germany, where the case of Wirecard is making the headlines these days. Wirecard is a €30bn market cap financial services company listed in the Frankfurt Stock Exchange. The stock has been a darling of investors and last year replaced Deutsche Bank as the largest German financial services company. The Financial Times ran a series of investigative articles alleging how the company was doing potentially fraudulent accounting in order to inflate its earnings.

The allegations that have swept Wirecard in these past few weeks include round tripping on acquisitions and making fake customers. While FT ran a series of articles, neither EY, its auditor nor BAFIN the German regulator picked up anything. Now, just last week, the KPMG concluded a special audit where they said they cannot find the source of revenues of over $1bn – almost half the earnings of the company. The stock is down 26% since KPMG’s report and there is pressure on the CEO to resign, but there is still no action by the regulator.

Moving on to the United Kingdom, you will find tons of stories. My favourite is the case of Teli. Once a billion dollar company listed on London Stock Exchange, Telit is an Israeli technology company founded by Oozi Cats. The Financial Times reported that Oozi Cats was a convict and fugitive who had been indicted for property fraud in the US. He and his wife moved to Europe, changed the spelling of their name from Uzi Katz to Oozi Cats, and managed to clear all background checks. At Telit, he was drawing a salary of over $1m and getting the company to pay the rent for a palace in Italy, where he lived. His wife was also employed by the business. Despite FT’s articles it took a long time for the cat to come out of the bag and for regulators to act.

Let’s take another one, insurance and vehicle tracking company, Quindell was at its peak with a £2.7bn market cap business. It was found to have fraudulently turned a loss of £68m in 2014 to a profit of £83m. The corporate brokers who were supposed to check the company were given minimal fines.

Another fintech unicorn, Monitise, was a $1bn market cap company and had investments from Visa. I had a sell recommendation with a zero price target. I thought it was completely misleading investors. Again, not an easy thing to do. This was followed by a number of threatening calls from the CEO. Eventually, it tanked and went below its cash value.

The most popular case study might actually be the case of Autonomy. It was acquired by HP for $11.1bn. Later, HP found out that there was accounting fraud and they had to write it down by $8.8bn. The CFO has been sentenced to jail since then.

I can give many other examples, but I believe the point has already been made. There is a lot of material online about these and other cases, and also a famous book about Exxon and US accounting fraud cases called ‘Fooling Some People All The Time’.

It is important to recognize that the magnitude of these frauds are much larger than anything in Pakistan. Just Wirecard’s market cap is almost equivalent to the total market cap of the Pakistan Stock Exchange. Yet, despite this, there is no witch hunting. No over policing by the regulator. No TV shows. No NAB.

There is an excellent explanation of why in these countries, despite prevelant fraud, the regulators do not become over zealous. In the book ‘Talking to Strangers,’ Malcolm Gladwell argues that well functioning societies are built on the concept of “default to truth”. If they break this, then the whole social order of trust will collapse leading to paranoia and eventually chaos. I think this book should be a mandatory read for people in regulatory roles in Pakistan.

I fear that in Pakistan, even trivial issues get blown out of proportion. The result is a society of distrust. Stock markets are fundamentally built on a contract of trust. In addition to this, I feel we take ourselves far too seriously. That is why I thought it was important to see things from slightly larger perspective. As they said in Casablanca, “Ilsa, I’m no good at being noble, but it doesn’t take much to see that the problems of three little people don’t amount to a hill of beans in this crazy world.”

As the world changes, it pivots and zooms into our homes, which now play a much bigger role in our lives.
Read more
EDITORIAL

This publication is generally in favour of free markets, which in practice can often mean an opposition to what we view as unnecessary or...
Read more
COMMENT

Estonia is the first country in the world to establish ease of business through e-residency, and Pakistanis may benefit from it
Read more
EDITORIAL

Perhaps we should not be surprised that it has come to this, but – even though we make it our business to approach every...
Read more
COMMENT

In the aviation industry, safety is a given, right? Wrong, especially in Pakistan
Read more
EDITORIAL

It was only a matter of time, we suppose. Last week, the United States joined the European Union in banning Pakistan International Airlines (PIA)...
Read more

August 4, 2020
NEW YORK: Ford announced Tuesday that Jim Hackett would resign as chief executive and be replaced by longtime auto executive Jim Farley as the...

Apple says it has no interest in buying TikTok