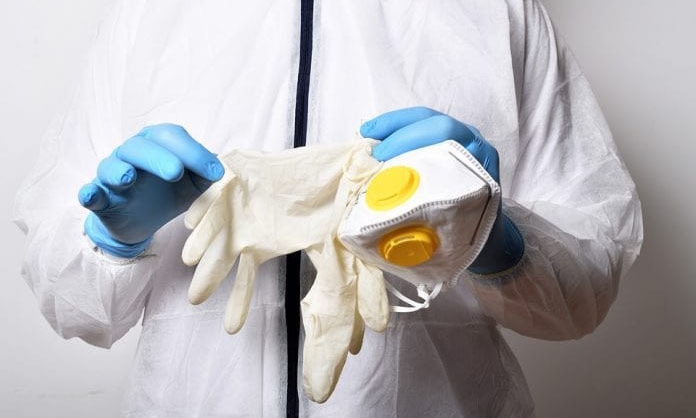 ISLAMABAD: Amid sufficient availability of stock, the federal government is likely to allow the export of personal protective equipment (PPE), it was learnt on Saturday.

According to sources, the Ministry of National Health Service Research & Coordination and the Ministry of Commerce have agreed in-principle that the country has sufficient PPE to fulfil its demands.

Both the ministries had discussed the matter after the health ministry had asked the federal government to ban PPE export in the wake of Covid-19.

Sources said that the commerce ministry, on the recommendations of the health ministry, has now placed the matter before the federal cabinet, which may take a decision in this regard in its next meeting.

Earlier, the commerce officials were reluctant to discuss the matter with the cabinet due to the recent sugar controversy. The Sugar Advisory Board had also recommended the ECC to allow the export of sugar as the country has surplus resources, but the matter became controversial after a massive surge in sugar prices.

Sources said that Pakistan was earlier importing PPE from China. However, the government later decided to prepare the equipment in the country keeping in view its textile potential.

“Since the European Union has eased regulations with regard to PPE import, export and local production for companies, it is likely that the government may allow the PPE export to the EU,” an insider said.

As per the EU, “Market surveillance authorities may authorise products for the EU market without finalised conformity assessment procedures if the equipment ensures an adequate level of health and safety in line with EU law requirements. In exceptional cases, purchases organised by EU countries for healthcare workers may skip necessary conformity assessment procedures for equipment, provided that the EU countries’ authorities have ensured adequate safety levels.”

Sources believe that the EU’s statement is a great chance for Pakistani companies to not only take advantage of this opportunity but also to introduce their companies in EU markets.