Govt says most sugar subsidies given during PML-N’s tenure 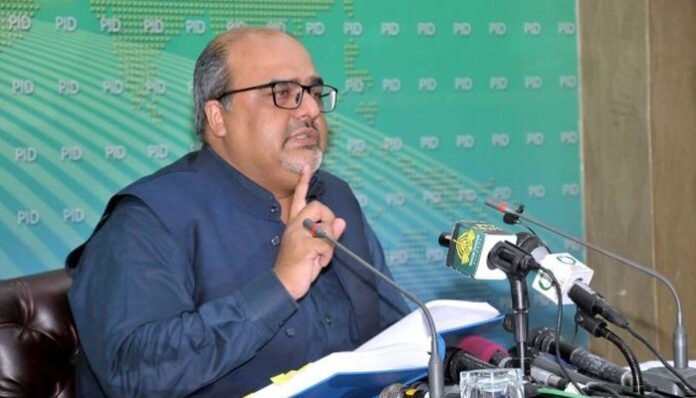 Addressing a press conference in the federal capital, the PM’s aide said that the inquiry commission’s report is an indictment against the former premier as a total subsidy of Rs29bn was given to sugar mills during the last five years, with only Rs2.4bn being given by the incumbent Punjab government.

Terming it a criminal act, he said that permission to export 400,000 tonnes of sugar was given in March 2017. “Abbasi gave Rs20bn worth of subsidies. Abbasi considered himself to be Laiq-e-Azam [the most competent person],” he also said, adding that the Pakistan Muslim League-Nawaz (PML-N) leader headed the Economic Coordination Committee (ECC) at the time.

The PM’s aide said that the commission detailed the subsidy given by Abbasi in 2017 in its report. According to the report, he added, Abbasi gave a subsidy of more than Rs20bn to sugar mills on the basis of superficial calculations.

Akbar said that the federal government led by Pakistan Tehreek-e-Insaf (PTI) did not give any subsidy on sugar during its tenure, but rather allowed export of surplus sugar. He termed the investigation report in this regard as an “eye-opener”.

He said that the credit for the report goes to the PTI government, who probed the scam, collected the evidence, made the report public and was now all set to take corrective measures.

The investors profited from fluctuations in sugar prices while the common people and farmers bore the brunt, he added.

Prime Minister Imran Khan, he underlined, had formed a commission to probe the fluctuation in sugar prices and the consequent report was made public as soon as it was received.

“Maybe some of our friends did not read the report properly. Perhaps the Opposition did not understand it as the report is in English and lengthy,” Akbar said.

“Audit matters have been reviewed in the report,” he noted, adding that a very important portion in it was the amount of subsidy given by PML-N and specifically by Abbasi.

Subsidies were given due to “mismanagement in determining the production prices”, he said.

He also accused Suleman Shehbaz, the son of Leader of the Opposition Shehbaz Sharif, of being the facilitator in this scam. He led the cartel of Pakistan Sugar Mills Association (PSMA) and manipulated Abbasi into giving the Rs20bn subsidy.

He said that the incumbent government would take action against all culprits exposed in the investigation report, irrespective of their party affiliation.

Akbar said that next week, PM Imran would be briefed to direct the National Accountability Bureau (NAB), Federal Investigation Agency (FIA), Securities and Exchange Commission of Pakistan (SECP) and other concerned departments to file reference in the court of law in light of the commission’s report.

Taking a jibe at the PML-N, he said that Shehbaz had returned to the country from London to lead the nation but has now self-quarantined himself to avoid appearing before the NAB court where he faces corruption charges. “Shehbaz has isolated himself. The case of telegraphic transfers (TTs) against him is in its final stages. Once it is finalised, he will have to answer in court,” he said, referring to an ongoing probe into TTs tracing back to the former chief minister of Punjab.

“How was Shehbaz able to purchase expensive homes for his wives in housing societies? These expenses were carried out through kickbacks and fake accounts,” he said.

“Shehbaz will have to face the courts once the TT case is finalised,” Akbar reiterated.

Looping in the government of Sindh, he said the leadership gave the most benefit to Omni Group through subsidies, which had been opposed by the provincial cabinet.