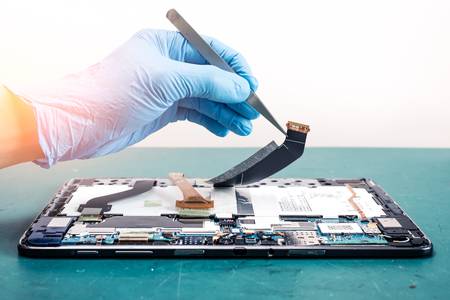 The Engineering Development Board (EDB), an attached department of the Ministry of Industries and Production had prepared the draft policy to develop and promote mobile phone manufacturing in Pakistan as part of the Electronic Products Manufacturing Initiative (Make in Pakistan). The policy, which was prepared after consultations with local representatives of multinational manufacturers and their market players, was approved by the ECC last month.

The local mobile phone market is said to carry potential of 40 million handsets, which has become a practical possibility after the successful launch of Device Identification, Registration and Blocking System (DIRBS) which helped curb smuggling of mobile phones in the country.

Industry insiders have expressed skepticism over the results of the MDMP as they believe that EDB had performed poorly in implementing other national policies such as the auto policy. It is worth noting that the most common criticism of EDB is its failure to ensure production of quality vehicles in the country.

Regardless of the criticism, the government’s new policy does have potential to give a boost to local production, as officials believe that it would lead to localisation/indigenisation of mobile phones’ parts in a phased manner.

The prominent features of the policy are the removal of regulatory duty for completely knocked down (CKD) and semi-knocked down (SKD) manufacturing by Pakistan Telecommunication Authority (PTA) approved manufacturers under the Input/Output Co-Efficient Organisation (IOCO) approved important authorisation.

Under the new policy, the PTA will allow activation of handsets manufactured in a country under important authorisation of IOCO in CKD/SKD kit (8517.1211) and not under HS Code 8517.7000 i.e parts. This will eliminate misdeclaration in parts category during imports.
Moreover, activation of completely built units (CBU) through notified routes after payment of all levied duties and taxes as fixed by the government from time to time would continue till further amendment.

For items in the category of $30 or below, words “except smartphones” would be inserted for CBU imports under 8517.1219 to avoid misdeclaration.

Under the new policy, research and development allowance of 3 per cent will be given to local manufacturers for exports of mobile devices. Besides, locally assembled or manufactured phones would be exempt from 4 per cent withholding tax on domestic sales.
It has been learnt that the government would maintain tariff differential between CBUs and CKDs/SKDs till the expiry of this policy.

The local industry would ensure localisation of parts and components as per the roadmap included in the draft policy and EBD will act as the secretariat of mobile phone manufacturing policy ad ensure development of allied parts, components and devices.

A total of 16 local companies are manufacturing mobile phone devices in the country, with features phones making up a major part of their production. However, they are now shifting towards new evolving technologies.

Sources told this scribe that 15 mobile phone assembly units were operating in the country – mainly in Punjab and Sindh, however, majority of them were producing analogue sets and only a limited number of smartphones.

A senior official of the EDB said that the inflow of topline smartphones in the country had discouraged local assembling. The official added that PTA’s stern action has curbed smuggling of mobile phones as non-compliant devices are non-functional in the country.
Local manufacturers have also expressed satisfaction on the approval of the mobile phone policy and are expecting investment in their sector.

The EDB official said that at least $8 million would be invested for setting up a small plant for manufacturing mobile phones. He said that since the taxes have been reduced under this policy, he expects to see huge investments in the sector. He said that they would publish the policy soon and its SRO would be issued before July 1.

Commenting on the approval of the policy, Minister for Industries and Production Hammad Azhar congratulated his ministry’s team and acknowledged the support from the Ministry of Commerce, Ministry of Information Technology and Telecom, PTA, Ministry of Planning, Federal Board of Revenue (FBR) and the ECC.