Does Pakistan have the world’s highest inflation? No, says SBP 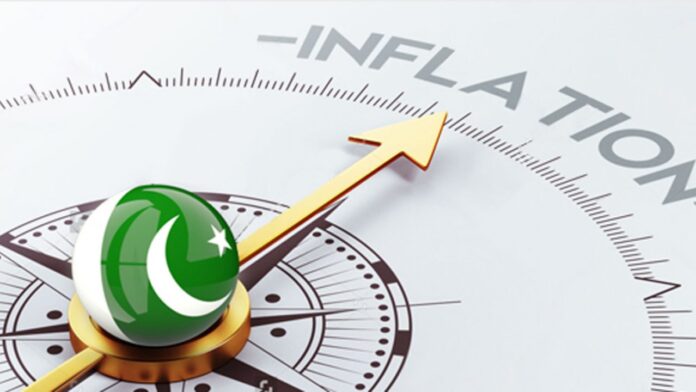 KARACHI: The State Bank of Pakistan (SBP) said that Pakistan’s inflation for the year 2020 was not the highest in the world, in a series of tweets on Sunday.

The SBP tweeted: “A chart from our Inflation Monitor has generated erroneous headlines. It compares Pakistan’s inflation to a few developed and developing countries. While Pakistan did have a relatively elevated inflation rate so far in FY20, it is not true that it was the highest in the world.”

“For instance, Argentina, Iran, Nigeria and Turkey’s inflation has been higher. Since January, inflation in Pakistan has fallen sharply and much faster than in most other emerging markets,” the SBP added.

The clarifying tweets were in reference to the SBP’s own Inflation Monitor for April report, which the central bank had released towards the end of May.

On page 19 of the report, in a section titled “10. Inflation in Global Context”, the authors of the report had stated: “In global context, Pakistan witnessed the highest inflation not only in comparison with the developed economies but also with emerging economies.”

The text accompanied a chat which compared Pakistan’s inflation with a group of emerging and developing countries.

The text and chart together had then led to a series of headlines by different media outlets, stating that Pakistan had the highest inflation rate in the world, which is what prompted the SBP to tweet the clarification.

Pakistan’s Consumer Price Inflation (CPI) in January was recorded at 14.56pc, which was the highest it has been in more than a decade. However, the index started falling from February, when it had eased to 12.4pc. It further fell to 10.24pc in March, 8.5pc in April, and then to 8.2pc in May.

According to Profit’s own analysis, there are approximately 27 other countries that have a higher inflation rate than Pakistan.

Currently, the highest inflation in the world is in Venezuela with 2431pc in March 2020.