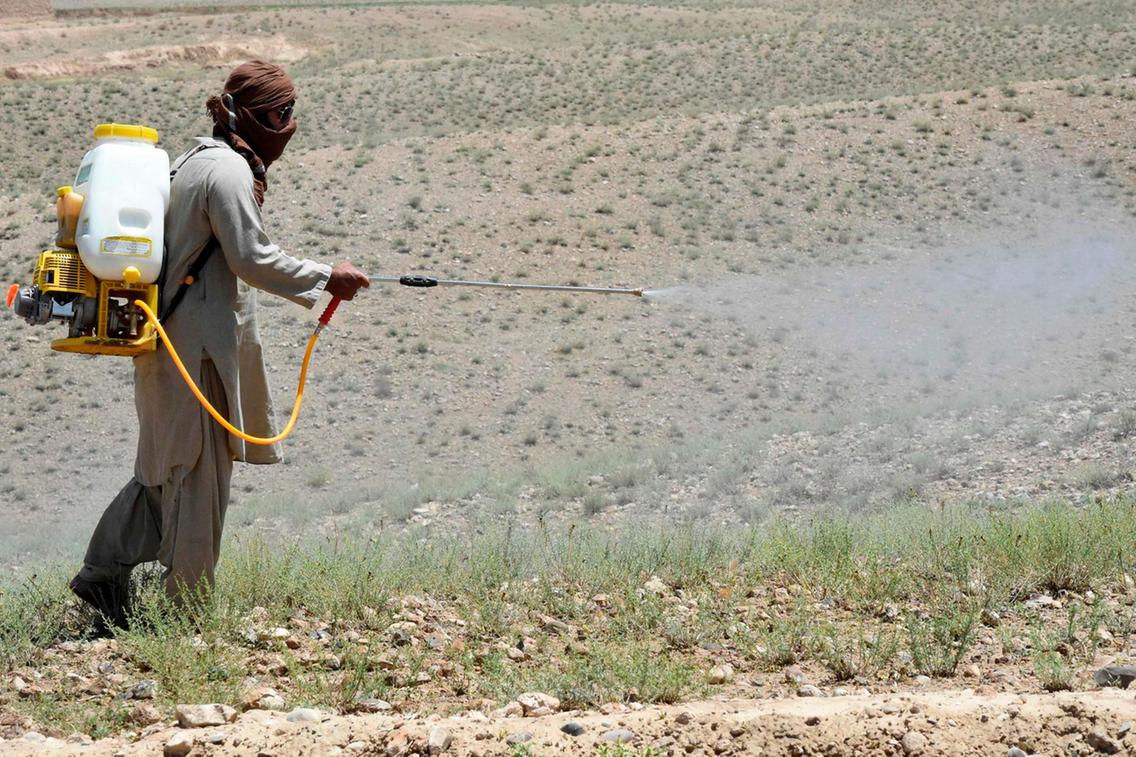 So far, the mantra for the year 2020 has been: everything that can go wrong, will go wrong. Pakistan’s two biggest neighbours almost going to war? Check. The country being devastated by a historic pandemic? Check. Our food supply is being destroyed by a swarm of locusts… wait, what?

Yes, Pakistan’s agriculture sector is under threat from the “Desert Locust” invasion. This special species of the locust is what is known as a transboundary pest, which by definition means that they cross national borders and are a headache for multiple governments at the same time. This summer, desert locusts are predicted to be found in a ‘locust belt’ stretching from Senegal on one end, to India on the other.

Almost everything about the desert locust is designed to irritate. It can travel 150 kilometres (km) in a day, and can eat as much as its body weight. A female locust can produce up to 16 to 20 locusts, and it takes a baby locust between three to six months to mature.

And now, which country is reporting desert locusts in 46 districts out of its total 131 districts? That would be us, according to the latest National Disaster Management Authority (NDMA) report. In a note issued to clients on June 18, analyst Suleman Ashraf at Ismail Iqbal Securities went into detail trying to explain the impact this would have on agriculture, and on the fertilizer industry.

First the good news: so far the locusts are concentrated in Balochistan. The province only makes up 1% of total major crop output. Rice and wheat have a higher share of production in the province at 4% and 7%, but still, it is manageable.

Now the bad news: locusts can fly. If there is a major outbreak of locusts in the rest of the country, what will happen? To recap, the agricultural lands of Punjab and Sindh cumulatively account for 80% of the country’s total production. More than 70% of Pakistan’s total agriculture land is given to crop cultivation. Wheat has 44% of land utilization, followed by rice at 14%, cotton at 13%, and sugarcane at 7%. Their cumulative production contributes 4.1% to the GDP, within which wheat contribution stands highest at 1.6%. The agriculture sector as a whole contributes about 20% to GDP.  Like it or not, we are a deeply agrarian economy.

Now, the government has taken some steps to control this. The (NDMA) had conducted surveys and carried out aerial and ground sprays. It has also tried incentives to trap locusts for chicken feed at Rs20 per kg. It has also earmarked Rs26 billion to combat the outbreak.

The key problem now is that locusts tend to breed and mature more in places where rainfall has happened. It is expected that locusts attacks will accelerate after the monsoon in Pakistan. This is expected to have huge ramifications for Pakistan’s crops, with the United Nations’ Food and Agriculture Organization (FAO) estimating $2.5 billion worth of losses to winter crops and $2.8 billion to summer crops.

If our crops collapse, what will happen to the fertilizer sector? As is, the fertilizer sector has been under pressure because of a delay in the subsidy announcement. Plus, as of May, the industry urea inventory stands at 1.12 million tonnes, and buildup is expected to increase with the resumption of LNG plants.

“In this scenario, any negative impact on the farmer income from locust attacks could put industry under severe stress and price discounts might emerge in order to push volumes,” explains Ashraf in his note.

The demand for fertilizers is directly linked to the impact, perceived and real, of locusts on crops. As per Ashraf’s sources, farmers are delaying fertilizer application of crops, particularly rice, which are currently in sowing phase, to divert possible immigration of locust in the cultivated region. This delay in fertilzier application will hamper sales.

How does Ashraf calculate the damage to the fertilizer sector? First let us look at the actual land in question. According to the FAO report, an estimated 38% of the land is potential breeding ground for locusts, within which 60% of Balochistan is vulnerable, followed by 25% in Sindh and 15% in Punjab.

In Ashraf’s model, this reduces the base case offtake for  calendar year 2020 from 5.4 million tonnes, to 4.8 million tonnes. This in turn would fuel an inventory buildup of 1.2 million tonnes, and raise the possibility of price discounts.

In this scenario, Engro Fertilizers is expected to suffer the most, since it has the highest outstanding inventory in the industry.

“Any significant dip in demand may put pressure on pricing leading to excessive discounts by players and earnings erosion,” says Ashraf. The combined effect of decrease in sales and prices would have the highest impact of reduction on Fertilizers. However, Fauji Fertilizers remain in a better position to withstand the shock.