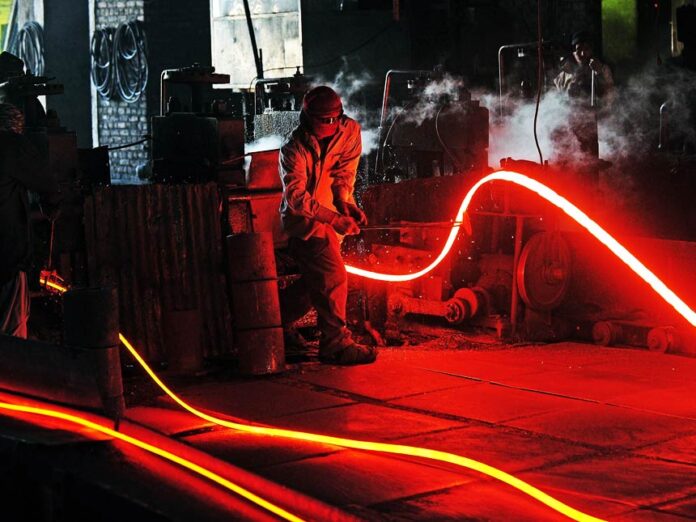 ISLAMABAD: The Federal Board of Revenue (FBR) on Monday, issued a notice to four steel companies for their involvement in the evasion of taxes and duties worth Rs40 to Rs50 billion per year.

According to documents, FBR has sought information under section 26 and 26-A of the Customs Act, 1969, from Ahmad Enterprises, Ali Akbar Steel Traders, Ansari Cooperation and AR Enterprises for their involvement in evasion of duties and taxes worth Rs40 to Rs50 billion per year.

Subsequently, while analysing the records pertaining to International Steel Ltd the directorate observed that the company had supplied flat-rolled products to Ahmad Enterprises, Ali Akbar Steel Traders, Ansari Cooperation and AR enterprises and asked the companies to furnish records pertaining to purchases made from International Steel Ltd within seven days.

According to documents, the post-clearance audit in its report unearthed evasion of Rs40 billion to Rs50 billion duties every year by the four companies.

Moreover, the contents of the complaint of Pakistan Steel Line Pipe Industry Association have been examined along with the regulatory mechanism allowing concession of duties and taxes to the manufacturers of CRC.

The major manufacturers of CRC, Aisha Steel Karachi, BEJ Steel Lahore and Hameed Steel Lahore registered a nominal increase in their imports whereas the volume of imports of HRC made by International Steel Limited slightly decreased since the change in regulatory mechanism.

The Post Clearance Audit, in its recommendations, states that the regulatory mechanism is not robust as it is only possible through chain audits to ascertain the supplies made by CRC manufacturers availing concession of duties and taxes.

Additionally, the status of a taxpayer given in the sales tax registration certificate does not indicate the nature of the activity being carried out by the manufacturer, which makes it difficult to ensure that supplies have been made to manufacturers of pipes by the importers and manufactures availing concessionary regime.

Moreover, there is no restriction pertaining to supplying to any other registered trader, distributor, wholesaler or manufacturer, which makes it difficult to segregate whether the CRC supplied was used by manufacturers of auto parts, bicycle or by pipe manufactures.

Earlier on June 18, the Pakistan Steel Line Pipe Industry Association had written a letter to the Prime Minister with regard to providing a level playing field for the flat steel industry.

The letter stated that HRC is the basic raw material for the industry, however, after the closure of Pakistan Steel Mill, there is no other manufacturer of HRC left in Pakistan. The letter further stated that due to the exemptions around five companies are importing two million tonnes of HRC per year and saving up to Rs20,000 per million tonne resulting in a total saving of Rs40 to Rs50 billion per year.