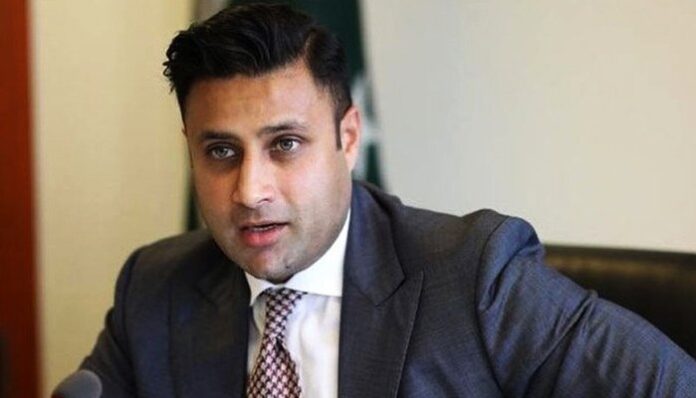 “We have offered a handsome golden handshake to the PTDC employees but unfortunately they denied the offer at the behest of union leaders, which discouraged them from accepting the package for their own vested interests,” he said while addressing a news conference in Islamabad.

Zulfikar Bukhari, who also holds the portfolio of Chairman National Tourism Coordination Board (NTCB) and Special Assistant to the Prime Minister on Overseas Pakistanis and Human Resource Development, said that the management had tried to negotiate with the union representatives on the instructions of PTDC board but the union moved the court against the decision.

He informed that the package included three running basic pays for complete length of service, provident fund, arrears of pay and allowances for six months and one-year earned leave.

The chairman urged the laid-off workers to accept the offer terming it the biggest golden handshake package in the country’s history.

“The PTDC did not sack its employees due to the coronavirus pandemic,” he clarified.

Zulfikar Bukhari rejected the rumors regarding PTDC shutting down its operation. “The organisation had been running in loss for many years due to its out-dated model of operation, illegal appointments and lackluster approach of the previous governments,” he added.

He said that the decision regarding restructuring of the PTDC was taken by the federal cabinet in order to transform it into a vibrant and profitable organisation, and generate additional employment through effective promotion of tourism in Pakistan and across the globe.

“The restructuring of PTDC is meant to shift its model from an operator to a policy maker and regulator,” he remarked.

Zulfikar Bukhari said that after the restructuring, PTDC would work as an execution arm of the NTCB which was set up by the government with an aim to develop coordination among the federating units. “Tourism is a devolved subject so strong coordination among the provinces is imperative to boost the sector,” he added.

He said a top consultant was hired to carry out restructuring of the PTDC, who had helped the organisation in formulating the policy in that regard.

He said that a 10-year road-map (2020-2030) had been prepared to invigorate the tourism industry to ensure maximum utilisation of its huge resources for sustained economic growth, poverty alleviation and reduced social inequalities.

A 5-year action plan is also being finalised to implement the government’s plan regarding tourism promotion, he added.

He said the government would soon launch ‘Brand Pakistan’ to promote the tourism industry as a customised brand. An e-portal to inform tourists about the hotels’ ratings, weather, traffic and other information has also been prepared.

Zulfikar Bukhari said all the initiatives are ready and would be rolled out after the Covid-10 pandemic is brought under control. He informed that a tourism promotion endowment fund with seed money of Rs1 billion has also been set up.

He said the country would host the World Tourism Forum in 2021, whereas D-8 Summit would also be held in Pakistan in 2022. He said the tourism ministers of D-8 member states had expressed keenness for attending the three-day conference.