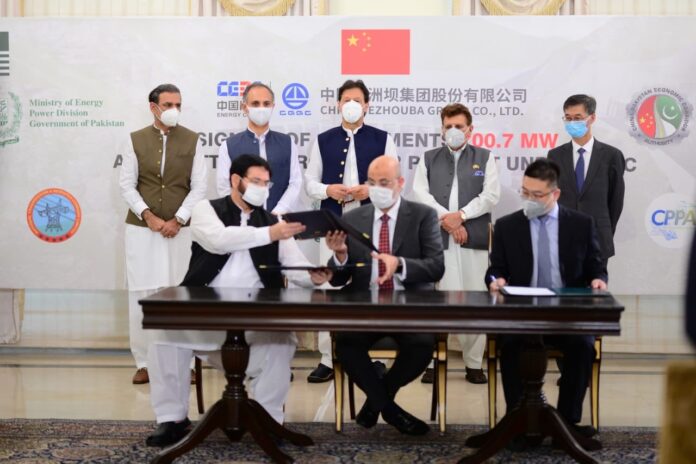 ISLAMABAD: Pakistan and China on Monday signed an agreement for the construction of Azad Pattan Hydel Power Project.

Addressing the ceremony, the prime minister said the China-Pakistan Economic Corridor (CPEC) project will prove to be a milestone in the country’s development and prosperity.

He said China is emerging as an economic power on the world’s map “and we can learn a lot from our neighbour”.

“The CPEC is the future of Pakistan,” he reiterated.

He said the country was moving towards cheaper and greener power as after completion of hydel power projects, there would be no fuel import for electricity generation.

In another tweet later in the day, Asim Bajwa informed that the signing ceremony of the project has taken place, claiming that the project would help create 3,000 jobs. 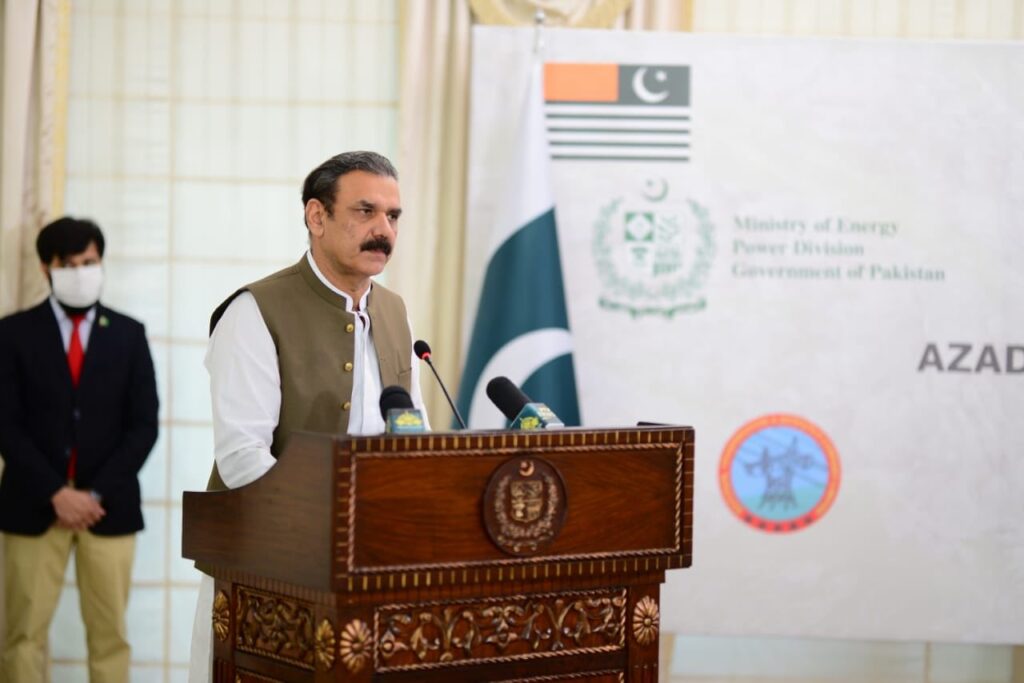 Meanwhile, commenting on the development, Planning and Development Minister Asad Umar said on Monday that the government was committed to completing the projects under CPEC.

“The signing of 1.5 billion Dollars 700 MW Azad Pattan hydropower project, days after signing of 2.4 billion dollars 1100MW kohala hydropower project is a manifestation of the Government’s commitment to both CPEC and development of indigenous clean energy,” he tweeted.

It may be noted that the Azad Pattan Hydropower Project is a 700MW hydroelectric power station on the Jhelum River, roughly 7km upstream of Azad Pattan Bridge in the Sudhanoti District of Azad Kashmir.
- Advertisement -
Facebook
Twitter
Linkedin
WhatsApp
Email
Previous articleBig Four told to ring fence auditing in Britain by June 2024
Next articleIT, ITeS export remittances surge 20.75pc to $1.11bn in 11 months