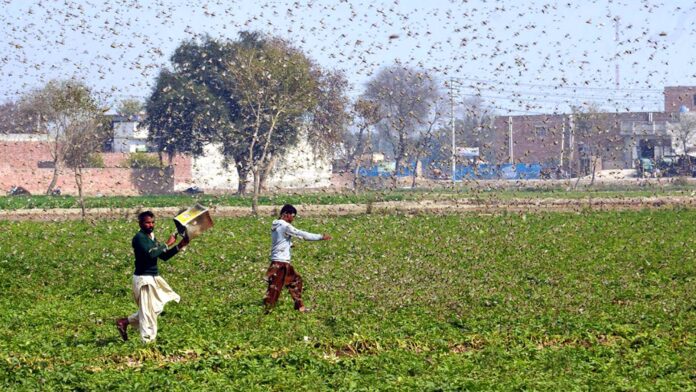 ISLAMABAD:  The World Bank is likely to approve $200 million for Pakistan to combat desert locusts this month.

According to officials at the food ministry, the WB Executive Board will approve the assistance to help Pakistan control the locust outbreak, restore livelihoods in the affected areas, and strengthen the country’s national food security monitoring and management system.

The officials confirmed that the ministry had earlier approached WB for a programme against locust swarm infestation in the country. According to them, out of the total project cost of $200 million, $125 million will be financed from the regional International Development Association (IDA).

The project is selected for emergency response financing because Pakistan’s food security and sustainability of the agriculture sector is in jeopardy. Desert locust breeding and hatching are progressing at an alarming rate in Pakistan, which carries important regional implications. According to FAO, Pakistan is an important front-line country for desert locust control given its two breeding seasons.

Successfully controlling the locust outbreak in Pakistan will bring significant public goods to the South Asia region, which provides strong justification for mobilizing regional IDA funding. Given the locust spread across South Asia, the Horn of Africa, and the Arabian Peninsula, Pakistan is an indispensable part of the global effort to combat the existing locust crisis.

Locust spread is reaching an alarming level in Pakistan and the crisis is compounded by the Covid-19 pandemic. The component of the World Bank assisted project will be implemented across Pakistan, with a focus on provinces and districts under acute locust attack.  Overall, 38 per cent of the country’s geographic area is a breeding area for desert locust, while the rest of the country is at risk of invasion.