Boeing to cut 787 and 777 production as pandemic hammers sales 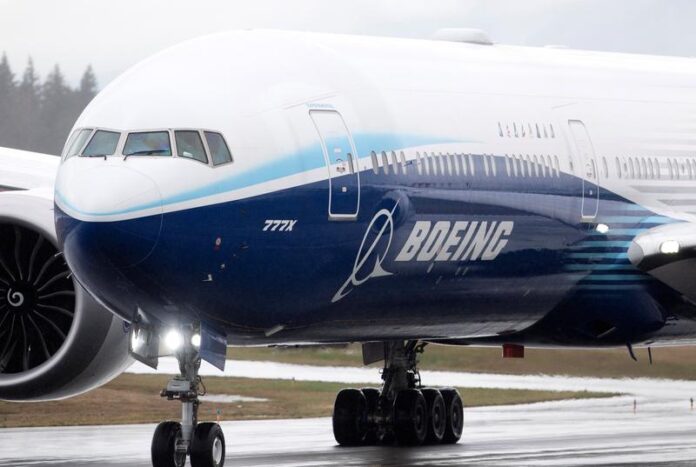 AGENCIES: Boeing said on Wednesday it would cut production on its marquee 787 and 777 jet programs, delay ramp-up plans on the 737 MAX, and confirmed the demise of the 747 jumbo, as it reported a bigger-than-expected quarterly loss due to the fallout from the Covid-19 pandemic.

The outbreak has crippled passenger travel and pushed major airlines to the brink of bankruptcy, resulting in many carriers deferring aircraft deliveries.

Boeing also confirmed the last 747, the iconic hump-topped jumbo jet that democratized global air travel in the 1970s but fell behind modern twin-engine aircraft, would roll out of its Seattle-area factory in around two years.

Boeing Chief Executive Dave Calhoun said the Chicago-based company was working closely with airlines and suppliers to manage the downturn.

“Air travel has always proven to be resilient – and so has Boeing,” he added.

Shares were up 2 per cent in premarket trade.

The US planemaker, which is also grappling with the 16-month-old ban on its 737 MAX after fatal crashes, said it would take longer to reach its monthly target of producing 31 units of the 737 MAX jets, missing its own expectations of achieving that in 2021, as the pandemic decimates new jet demand.

Boeing now expects to gradually increase the 737 production rate to 31 per month by the beginning of 2022.

The company said it would reduce 787 production to six jets a month in 2021 – a third rate drop from a year ago, when it was producing the Dreamliners at a record monthly rate of 14 planes.

Boeing also said it would again reduce the combined production rate of the 777 and 777X jets to two planes per month in 2021, while delaying the 777X’s entry into service by up to a year, as Reuters previously reported.

The company had earlier announced plans to cut the 777 and 777X production to three jets per month in 2021, from five currently. It was previously aiming to get the 777X, a larger version of the 777 mini-jumbo, into the hands of customers in 2021.

On an adjusted basis, Boeing lost $4.79 per share, bigger than analysts’ average estimate of a loss of $2.54, according to IBES data from Refinitiv.