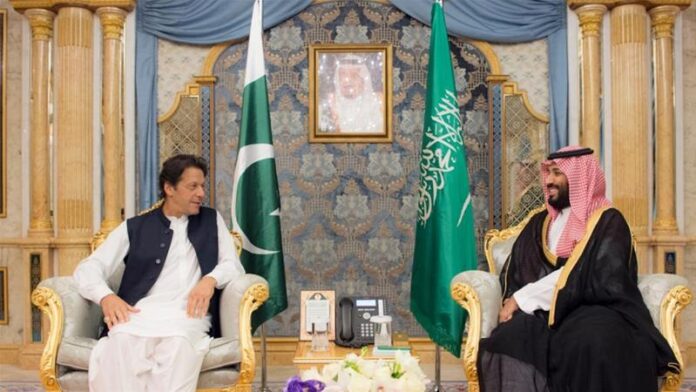 ISLAMABAD: An agreement between Pakistan and Saudi Arabia for provision of $3.2 billion worth of oil on deferred payments per annum has expired two months ago and decision about its renewal remains pending with Riyadh, The Express Tribune reported.

The $3.2 billion Saudi oil facility was part of the $6.2 billion Saudi Arabian package announced in November 2018. Pakistan already returned $1 billion Saudi loan, four months before its repayment was due. Foreign Minister Shah Mehmood Qureshi has said that the decision to repay the loan installment was made keeping in view the pressures on Saudi economy due to fall in the price of oil.

Pakistan might also return the remaining $2 billion, subject to availability of similar facility from China. After the first repayment China has already offered $1 billion to Pakistan to avoid any repercussions from the removal of Saudi funding assistance.

The original agreement between Pakistan and Saudi Arabia has the provision of renewal for two more years. The newspaper reported that Saudi Arabia has not provided the oil on deferred payments since May this year. The budget estimates suggested that the government was hoping to receive minimum $1 billion worth of oil in fiscal year 2020-21, which started from July. A spokesman of the Petroleum Division, Sajid Qazi, has also confirmed the development about expiry of the facility. He also said that efforts were being made by the Finance Division to renew the facility.

Pakistan finds itself in a difficult situation where on one hand its IMF programme is technically suspended for five months and on the other hand the repayment of loan is likely to put significant pressure on the official reserves of the State Bank.