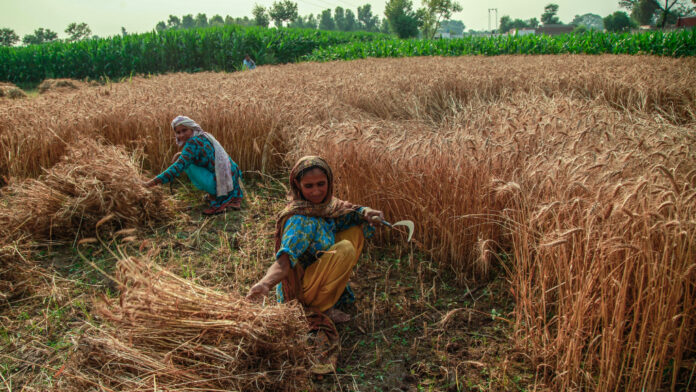 ISLAMABAD: A survey conducted by the Asian Development Bank (ADB) revealed on Monday that about one-third (33.3pc) of farm households in Punjab experienced losses in wages and non-farm earnings due to the Covid-related lockdowns.

Some 22.6pc reported that at least one family member had returned home from urban and other areas, while 11.2pc reported reduced non-food expenditures, and 9.8pc reported lower food consumption.

For the ADB survey, titled “Covid-19, impact on farm households in Punjab”, more than 400 farmers in Punjab province were asked about the impact of the nationwide lockdown in response to the coronavirus pandemic and locust attacks.

The survey of farmers in Punjab revealed that wheat harvesting and marketing was spared the negative effects of the restricted movement of goods imposed because of Covid-19, except in the southern districts.

Most respondents (97.3 pc) reported having completed harvesting their wheat — for the majority, the harvesting period started in the last week of April and ended in the second week of May.

Of those who had completed their harvest at the time of the survey, 74.6pc reported that they were able to market their wheat without difficulty.

Most of those who did not sell wheat kept the produce for self-consumption. Only a few respondents had difficulty selling their wheat.

However, restrictions on the movement of goods had upset the marketing of highly perishables, such as vegetables, fruits, and milk as they are difficult to store, unlike grains.

Disruptions in the food supply chain result directly in income losses for producers and increased food prices, and therefore need to be kept at a minimum under the Covid-induced movement restrictions.

Overall, the farmers have lost cash earnings during the Covid-19 pandemic. Coupled with the higher input prices, farmers may not be able to buy the inputs they need for rice production.

Because rice is a major staple crop for domestic consumers and an important export product, increased input prices may cause significant problems for Pakistan’s economy.

At the same time, locust swarms were reported in the two surveyed districts, with more severe cases observed in Balochistan and Sindh provinces than in Punjab.

The swarms have resulted in production losses for farmers who are already suffering the effects of the Covid-19 pandemic.

Immediate prevention and mitigation measures are required, in addition to midterm measures to prevent future resurgence.

KARACHI: After a lacklustre performance in the previous session, the Pakistan Stock Exchange (PSX) rallied on Thursday, with the indices posting gains all day...
Read more
ENERGY

January 21, 2021
KARACHI: After a lacklustre performance in the previous session, the Pakistan Stock Exchange (PSX) rallied on Thursday, with the indices posting gains all day...