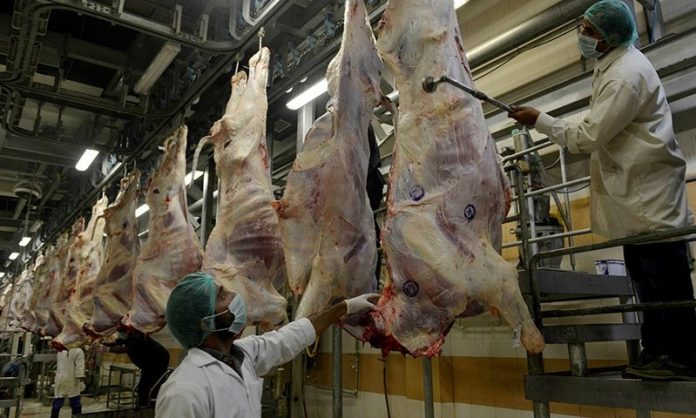 “After the outbreak of Covid-19, China’s meat requirement has been increasing rapidly, as the country is turning away from its traditional food towards Halal food,” said PCJCCI President Zarak Khan while addressing a Pak-China think-tank session.

He noted that Chinese farmers were not being able to keep pace with the country’s meat demand, since a very low percentage of Chinese land was available for livestock. “As a result, China is falling short of all three basic requirements, i.e land, water and feed; the country has no choice but to import meat from the international market.”

Currently, China was importing meat from Vietnam, Brazil and Australia, Khan informed, adding that in such a competitive environment, there was a great possibility for Pakistan to initiate production of quality meat so as to meet China’s market demand.

He opined that Pakistan could become a leader in meat export to China by adopting ‘Turkish Cattle Fattening Model’. Cattle fattening activity would not only help the country generate employment opportunities but would also improve the quality and volume of its meat, he added.

Speaking on the occasion, PCJCCI Senior Vice President Moazzam Ghurki said that Pakistan has the potential to enhance its export and earn foreign exchange by promoting high-quality meat worldwide.

He noted that Pakistan has the fourth largest livestock in the world, with 180 million animals (growing at 4.2 per cent annually). “There are more than four dozens breeds of sheep and goats that have helped Pakistan become second largest goat meat-producing country.”

He suggested the government to seek Chinese cooperation for enhancement of technical skills and livestock techniques of local farmers so that export quality meat was produced as per international norms and practices.