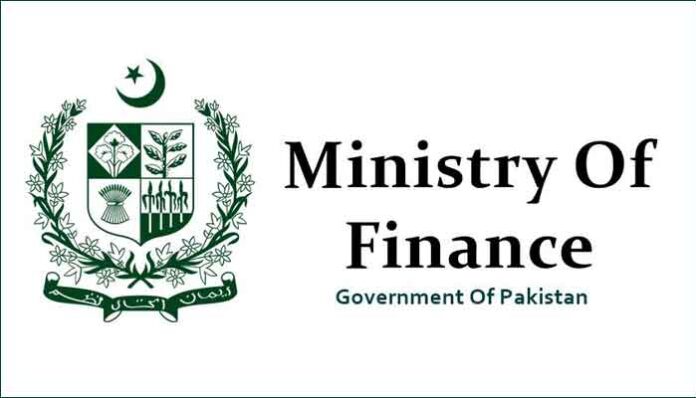 ISLAMABAD: The Ministry of Finance has said that Pakistan is embarked upon sustainable and inclusive growth and all the economic indicators and recent developments signify the strength and reliability of the government’s overall economic performance.

“The government is committed to correcting fundamentals of the economy through effective policymaking and targeted reforms with an aim to achieve sustainable and inclusive growth trajectory,” said a statement issued by the Ministry of Finance to coincide with the Independence Day of Pakistan.

The ministry said a comprehensive agenda of economic reforms have been initiated through structural reforms. The measures paid off in terms of improved external and fiscal accounts, stability in the exchange market, growing investor confidence, and tamed down inflation.

The external sector has been stabilized as the current account deficit narrowed by 77.9pc during FY20. Until February 2020, Pakistan’s exports were performing better than most of its competitors despite the challenging external environment.

Remittances increased to a historic high level of $23.1 billion as compared to $21.7 billion last year, with a growth of 6.4pc. Foreign Direct Investment (FDI) increased by 88pc to $2.6 billion during FY20 as compared to $1.4 billion in FY19.

To further strengthen the external sector, the second phase of the Pak-China Free Trade Agreement was implemented. This will provide an opportunity for Pakistani manufacturers and traders to export around 313 new products to the Chinese market on zero duty.

In addition, the National Tariff Policy has been approved to remove anomalies in the import duty structure. Similarly, the e-commerce Policy has also been approved with a vision of creating a business-friendly environment for holistic growth in all sectors especially e-commerce across the country.

During FY20, the fiscal deficit was contained at 8.1pc of GDP, as against 9.1pc of GDP last year. The decline in fiscal deficit has been realized on account of impressive growth in total revenues (28pc) relative to the growth in total expenditures (15.6pc). Non-tax revenues posted an historical impressive growth of 257pc while tax revenues grew by 6.1pc in FY20 over the last year.

Similarly, the primary balance which remained in surplus during the first nine months of FY20 converted into a deficit by the end of FY20 but still contracted to 1.8pc of GDP compared to 3.6pc of GDP last year.

Within revenues, FBR tax collection grew by 4.4pc to Rs3,998 billion in FY20 against Rs3830 billion in FY19. It is worth mentioning FBR collected Rs91 billion more than the revised target set for FY20 even when economic activities were suffering from lockdown due to Covid-19.

Despite major developments, the government remained well aware of the challenges emerging due to stabilization measures like economic slowdown, price stabilization, low pace of job opportunities and resultantly its impact on the lowest income groups of the society. Keeping in view the painful impact of these policies, the government has initiated reforms in key sectors of the economy encompassing agriculture, industrial and services sectors.

Similarly, on a monthly basis, large-scale manufacturing has started showing signs of recovery as it posted a positive growth of 16.8pc in June 2020 over May 2020. Another important indication of economic recovery is a significant rise in total cement dispatches.

It is worth mentioning that the government initiatives and subsequent achievements were appreciated by the IFIs, in particular, IMF in its review (December 2019) appreciated that decisive policy implementation by the government is helping to preserve economic stability. In December 2019, Bloomberg ranked Pakistan Stock Exchange as one of the top-performing markets of the world.