Pakistan has recently seen decent growth in IT related exports, and “Abilite” – Pakistan’s first Internal Audit Software – developed by Hyphen Consultancy is a promising addition to that pie.

“Today we are humbled to put Pakistan on the world’s map through implementation of our internal audit management solution, Abilite, at Almana Group of Hospitals in Saudi Arabia,” Hyphen Consultancy CEO Muhammad Faheem Piracha said.

“Internal audit function at Almana Group of Hospitals is a team of 10.A solution that could effectively encapsulate the entire audit life cycle and eliminate the manual work, and improve ways to interact with management,” he told Profit. 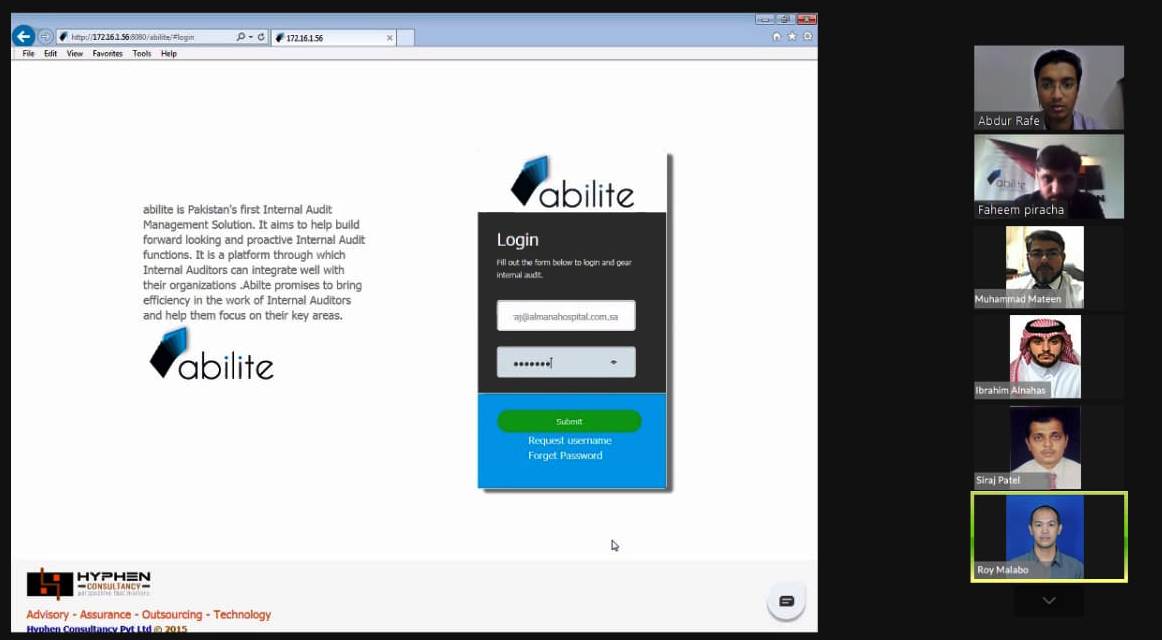 Piracha said, “In-built Objectives, Risk, Control Matrix and Audit Programmes in this solution, together with automated sample selection functionality and system-based reminders to the management served the needs of Almana Group perfectly and so Abilite became their first choice”.

Al Mana General Hospitals Chief Internal Auditor Mateen said, “One can easily see that Abilite is developed with the mindset of creating internal audit functions that are forward looking and relevant for their organizations. I believe Hyphen’s deep knowledge in the areas of Governance, Risk Management and Internal Audit has been amicably used. As an internal audit head I find Abilite a must-to-have tool for managing my department and meeting stakeholders’ expectations”.

As a consulting practice Hyphen’s aim is to create better working lives through well governed organizations. Internal auditors have a huge role to play here. This is why the company has been at the forefront of supporting Internal Auditors since its creation, from publishing Pakistan’s first report on the “State of Internal Audit in Pakistan” to conducting an Internal Audit Summit in 2016, titled “From Where Were to Where Are”.

Hyphen has been working on out-sourced and co-sourced models with various organizations. Abilite is considered to be one of the key initiatives in this regard and Hyphen’s team is geared to support internal audit functions across the globe.