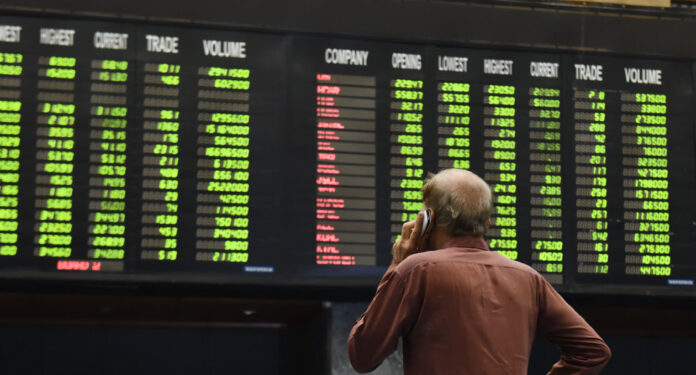 It is perhaps the inevitable end to what was once a storied financial institution in Pakistan: BIPL Securities, the equity brokerage arm of BankIslami Pakistan Ltd (BIPL) is likely to be acquired by JS Global Capital, the brokerage firm majority-owned by veteran investment banker Jahangir Siddiqui.

In an announcement sent to the Pakistan Stock Exchange (PSX) on August 25, BIPL announced that it had received an expression of interest in the acquisition of 77.1% of its shares (the portion not owned by the company’s parent bank) by JS Global Capital. Unusually for an institution that has its own investment banking division, JS Global is being advised on this transaction by Shajar Capital, another investment bank.

While neither BIPL nor JS disclosed the sale price, the share price of BIPL Securities after the announcement jumped to Rs9.07 per share, which would price the transaction at close to Rs700 million. That transaction is likely to be quite easy for JS Global to finance, given the fact that it is the much bigger firm, with more than three times the amount of revenue, and – as of June 30, 2020 – had Rs1,656 million in cash on its balance sheet.

If the transaction were to go through, it would mark the end of what was once a revered financial institution. While it has a different name and different owners now, BIPL Securities started its life in 1952 as KASB Securities, named after the initials of its founder, Khadim Ali Shah Bukhari, the investment banker and broker whose son, Nasir, was one of Jahangir Siddiqui’s closest friends in Pakistan’s capital markets industry.

At its peak in the 1990s and 2000s, KASB was one of the biggest names in Pakistan’s equity markets, and maintained a research partnership with Merrill Lynch, then the third largest investment bank in the world.

The company was founded in 1952 by Khadim Ali Shah Bukhari, then a neophyte to the nascent securities industry in South Asia. Back then, the idea of corporate brokerage houses was practically nonexistent, and so Bukhari operated effectively as an individual, offering stock trading to clients – both individual and institutional.

KASB was also among the very first brokerage firms in Pakistan to embrace the internet, allowing retail clients to trade, first through their website and desktop software, and then through mobile apps.

That retail, individual investor-friendly business model made KASB the largest retail brokerage in the country, and the largest of any kind by trading volume. At its peak, shortly before its sale to BIPL in 2014, the company boasted 22,000 clients and a 15% share of all trading on the Pakistan Stock Exchange.

The company also had a culture that attracted high quality talent. KASB alumni include Naz Khan, former CFO of Engro Corporation, who was the first money market trader in Pakistan and began her career at KASB in 1992. Farrukh Sabzwari (chairman of the Securities & Exchanges Commission of Pakistan), (Muneer Kamal, chairman of National Bank of Pakistan and the Pakistan Stock Exchange), Ali Sultan (treasurer at Bank Alfalah), and Imtiaz Gadar, rated best analyst in Pakistan by AsiaMoney and the CFA Society for five years and currently serving as head of capital markets at Bank Alfalah, all started their career at KASB. If you were serious about a career in capital markets in Pakistan, KASB was a stellar place to start.

“For JS it will be difficult to give a comment, but BIPL has a strong retail base so whoever will acquire the brokerage house, will get to enjoy that,” said Shahrukh Saleem, a research analyst at AKD Securities, an investment bank, in a phone interview with Profit.

The KASB name, however, will not die off. In early 2018, a brokerage firm by the name of Khadim Ali Shah Bukhari Securities started business, and has finally secured the rights to the KASB name.

“BIPL Securities seem to be on sale for a while now. With improving volumes, minimum brokerage and improving stock market outlook, a lot of people would be chasing BIPL Securities. Also, apparently the company has strong retail presence also that fetches high valuation,” said A A H Soomro, the managing director of the new brokerage firm KASB Securities.

That slump, however, is not expected to be permanent. Equity trading volumes in August 2020, for instance, have nearly tripled the levels they were at for most of 2019 and the first half of 2020, according to data from the PSX. Since July 29, 2020, the average value of shares traded on the PSX has been around Rs20.6 billion, compared just Rs7 billion for the period between January 1, 2019 and July 28, 2020. That improvement in trading volumes should cause a significant improvement in brokerage revenues going forward.

Meanwhile, with the government’s privatisation drive expected to kick into high gear over the coming year or so, investment banking revenue may also recover, though that tends to be highly cyclical worldwide, not just in the Pakistani capital markets industry.