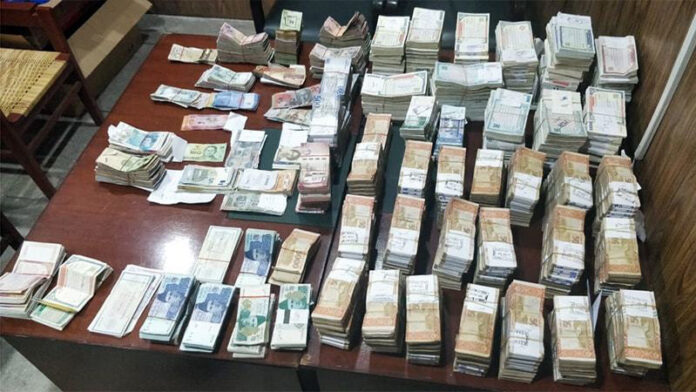 ISLAMABAD: The Federal Investigation Agency (FIA) has arrested five officials of the National Bank of Pakistan (NBP) and one foreigner for involvement in Rs472 million fraud at Khaira Gali and Khanaspur Galyat branches.

Anyihsunday was arrested by the FIA based on information provided by another Nigerian national, officials added.

The NBP had lodged an FIR against the officials and subsequently, FIA initiated an inquiry against them, officials said.

Officials said that the court also granted a seven days remand to FIA Abbottabad for investigation of the fraud. FIA Abbottabad is currently trying to recover the stolen amount.

On February 25, 2020, an NPB Inspection Team had visited the Khaira Gali branch, where they found that there was no connectivity system in place, keys were being mismanaged, and the cashier was unaware of any financial irregularities in the bank.

When the team checked the B-52 balance against the cash in the vault, it was exposed that the branch balance witnessed a sudden increase after December 31, 2019.

The team also discovered that the branch manager and officials could not produce day books or vouchers for inspection. The adjustment accounts of the branch were repeatedly debited with large amounts of cash, which then remained outstanding for extended periods.

It was also unveiled that there were large amounts in the parking accounts from where credit was given NBP’s Ayubia branch accounts.

The Inspection team initially estimated that the total misappropriation at the Khaira Gali branch was Rs245 million (Rs146 million in cash in hand and Rs98 million in adjusting account) but now the confirmed total amount of fraud in both NBP branches is Rs472 million.

The team also confirmed in its report that it was evident that the branch manager of Khaira Gali corroborated with Ayubia branch manager and repeatedly made entries against each other for the scam.