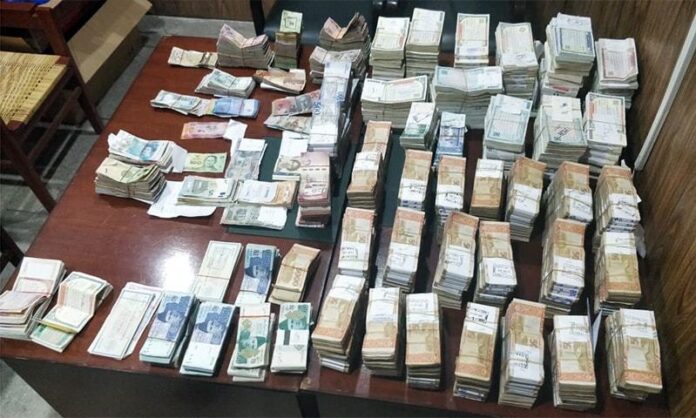 LAHORE: The National Accountability Bureau (NAB) has recovered cash and prize bonds worth in the region of Rs330 million from the residence of a retired Excise and Taxation Department’s official, a statement issued by the anti-graft agency said on Thursday.

The agency carried out a raid at the house of the BPS-16 former government official, located in Lahore’s EME society, after receiving a tip-off about him.

According to the statement, the mammoth amount includes Rs100m in local currency, Rs170m in the form of prize bonds, and nearly Rs35m in the form of 11 foreign currencies.

As per NAB, Khwaja Wasim had allegedly accumulated assets beyond his declared sources of income during his service.

“Wasim had transferred over Rs220 million to his foreign accounts between 2013 to 2017, sources of which he failed to provide,” the agency added.

The anti-corruption agency has also accused him of whitening hefty sums through an amnesty scheme introduced in 2018.

“This is a major success in the case,” the statement added.