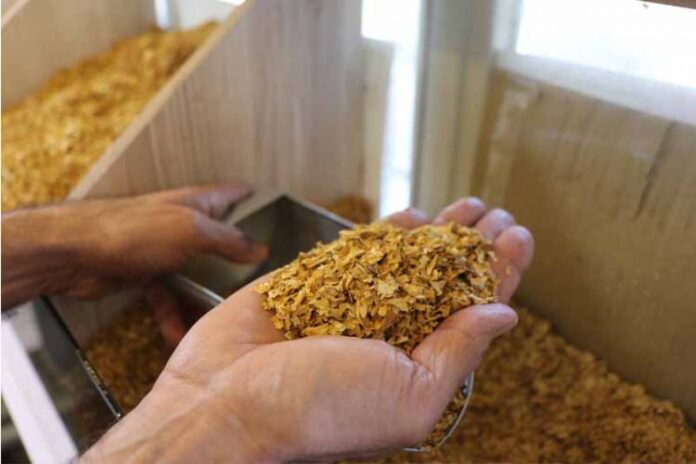 LAHORE : National Assembly (NA) Speaker Asad Qaiser’s efforts for tobacco growers over the last two years have yielded results with an increase in export of over 137 percent of the produce in the first month of the ongoing financial year after withdrawal of advance tax on the tobacco leaf.

The withdrawal of the advance tax on tobacco has helped the country increase exports of the crop by 137.53 per cent during the first month of ongoing financial year 2020-21 as compared to the exports of corresponding period of last year.

Speaker National Assembly Asad Qaiser has taken up the issue of the advance tax with the Federal Board of Revenue [FBR] on demand of the tobacco growers before the budget. The Speaker helped the farmers get the advance tax of Rs500 per kilogram on the crop abolished to help the farmers.

Pakistan Tobacco Growers Association has assured the Speaker that withdrawal of the advance tax would help the country create more jobs in the industry and increase exports of the produce.

The farmers said that they have fulfilled their promise by helping the country increase the tobacco exports while thanking the Speaker Asad Qaiser for timely intervention to get the advance tax withdrawn.

They said that Pakistan was producing quality tobacco crop and there was a huge potential for its exports, hoping that the country could earn a sizeable foreign exchange through it.

The Speaker is also heading a National Assembly Special Committee on Agricultural Products to formulate viable policies to boost the agriculture sector and boost income of the growers.

In terms of quantity, the exports of tobacco also increased by 151.87 percent by going up from 268 metric tons to 675 metric tons, according to the data.

Meanwhile, on month-on-month basis, the exports of tobacco witnessed decrease of 32.14 percent during July 2020 when compared to the exports of US $3.199 million in June 2020, the data revealed.