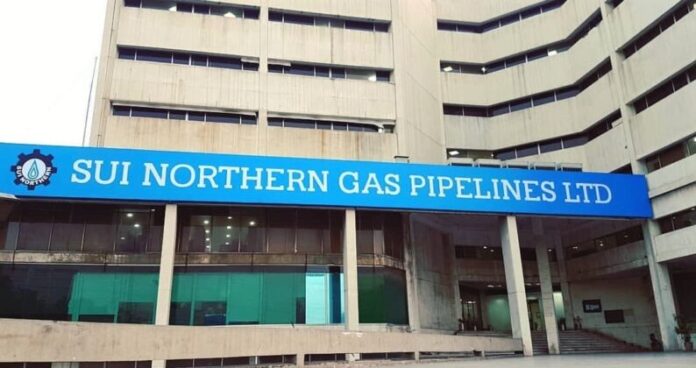 What can one say about the government-owned Sui Northern Gas Pipelines (SNGP) that has not already been said before? Indeed, the analyst briefing takeaways issued by Topline Securities on September 7, offered little insight or vague hints on what the company is planning next. As it stands, the company’s latest financials are only for the quarter ending September 30, 2019.

Today SNGP, is the largest gas company in the country. As of June 2019, it serves more than 6.6 million customers in northern and central Pakistan, including commercial, domestic, industry, fertilizer, and cement. It not only maintains and distributes gas transmission and distribution systems, but also serves a contractor for constructing pipelines, both for itself and for other companies.

As of June 30, 2019, its transmission system stretches over 8,917 kilometres from Sui in Balochistan, to Khyber Pakhtunkhwa. On the other hand, its distribution system consists of 130,106 kilometres of pipelines.  These pipelines serve 4,967 towns in Pakistan.

After earning substantial losses in 2014 and 2015, for the last four years, it has consistently made a profit. Notable years include Rs8.6 million in 2017, Rs11.1 million in 2018, and Rs7.1 million in 2019. According to the analyst briefing, the overall sales mix of the company is 55% imported RLNG (regasified liquefied natural gas), and 45% domestic natural gas. The company has borrowings of Rs80 billion, out of which Rs20 billion are for natural gas and the rest for RNLG.

The analyst briefing made note of a few things. First, is the ongoing problem of unaccounted for gas, or UFG. This refers to the difference in gas purchased in volume, and gas billed in volume. UFG related to the transmission network in fiscal year 2019, jumped from 2.8 billion cubic feet (bcf) to 7.7 bcf. According to the director’s report, this was because of an ‘illegal network’ in high gas loss areas in the north of the country.

Meanwhile, the losses in the distribution network declined were largely flat, going from 47 bcf in 2018 to 45 bcf in 2019. On the whole, the total UFG, including transmission and distribution, was recorded at 52.5 bcf in 2019, compared to 49.9 bcf in 2018. The company’s management said it did not expect an increase in UFG from the transmission network, and also said a strategy to curtail those losses was ongoing, but did not elaborate on the strategy to get rid of the ‘illegal network’.

The company has around Rs70 billion worth of projects ongoing. Of those, future pipeline projects include the 300km Turkmenistan-Afghanistan-Pakistan-India (TAPI), the 270km Iran-Pakistan (IP) and the 1,100km North South Gas Pipelines from Lahore to Karachi. That last project is critical – decided in 2015 between the Pakistani government and the Russian government, the contract is still being negotiated. Once made, the pipeline will finally connect the north and south regions. Yet, despite the time that has elapsed, the company’s management said it still had no defined role as of now.

The company had negative operating cash flows for the year ending June 30, 2019, with losses amount to Rs22.3 billion, which was a huge upset compared to the positive cash flow of Rs3.1 billion in the previous year. The management of the company said that the cash flow position of the company had improved slightly after the recent decline in oil and RLNG prices, but did not quantify the percentage increase in recovery from customers. Separately, the monthly buildup of amount from customers who have gone into litigation is now at Rs10 billion.

Despite the ongoing legal challenges against the collection of the GIDC (Gas Infrastructure Development Cess), for now, the company has already issued bills to customers. The last date to pay the first installment is September 17 – which seems very unlikely.

Finally, the government introduced the Energy Sukuk II in May 2020, of Rs200 billion, in a last ditch attempt to finally reduce the circular debt in the economy. SNGP received around Rs32 billion in the Sukuk. Of this, the company made payments to OGDC, PPL and PSO.

If none of this looks like the functioning of a healthy company, it is because it is not. SNGP has been hamstrung by the buildup of major cash flow problems that plague the entire energy supply chain in Pakistan, largely as the result of the government of Pakistan’s attempts to control prices, and half-hearted attempts to control energy theft, both of electricity and natural gas.

Theft of natural gas was less of a problem when SNGP sold 100% locally drilled natural gas, which it did until 2015. Now, however, the vast majority of the company’s sales rely on gas imports. The government could force the oil and gas exploration and production companies that it owns to give SNGP good deals on the natural gas. It cannot force foreign sellers to do the same thing, resulting in the bottlenecks the company now faces.