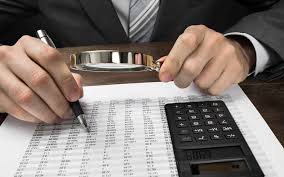 PESHAWAR: Khyber Pakhtunkhwa (KP) Governor Shah Farman on Wednesday took serious notice of the financial irregularities in Abdul Wali Khan University, Mardan as well as the issuance of fake degrees by a few public sector universities of the province, warning that there would be no compromise on financial and moral discipline in higher educational institutions.

In a statement issued here on Wednesday, the governor said that all public sector universities had been directed to prepare their fiscal budget whereas audits were made mandatory for all higher educational institutions.

In addition, treasurers in all universities are also being posted in consultation with the Auditor General of Pakistan (AGP).

He said that unfortunately, varsities lacked a transparent audit system as a result of which the educational institutions face financial crises.

He further said that a number of inquiries are being continued to probe the illegal recruitments in the varsities, emphasising that concrete steps are being taken to restore educational quality and standard in the country.

“We are committed to establishing a merit-based system in all public sector universities; there would be no compromise on educational standards as it is linked with the future of the coming generation,” he emphasised.

The governor concluded by saying that the amendment proposed in the Universities Act 2012 was only to bring an overall merit-based and transparent system in varsity affairs and make VCs sufficiently powerful in administrative affairs.