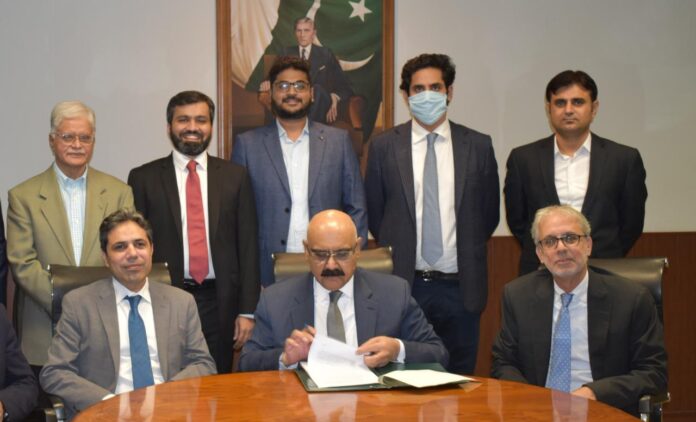 Another Thar coal-based power generation project achieved financial close during a ceremony held at the Private Power and Infrastructure Board (PPIB).

According to a statement issued on Thursday, the financial closing documents for the 330MW mine mouth lignite coal power project at Thar Block-II were signed by PPIB Managing Director Shah Jahan Mirza and Thal Limited Chief Executive Officer Saleemullah Memon.

The project is being sponsored by Thal Limited, Novatex Limited and Descon Engineering Limited under the framework of China-Pakistan Economic Corridor (CPEC).

The plant will be fueled by coal extracted from Thar Block-II by the Sindh Engro Coal Mining Company and it will utilize 1.9 million tonnes of coal to generate 2,236GWh per annum.

“The sponsors have already started construction activities ahead of financial closing and are very keen to complete this project by March 2021,” the statement read. “After the start of commercial operations of this project, billions of rupees would be saved per year on account of foreign exchange and this saving will further escalate when all Thar coal-based projects of 5,000MW would become operational, thus drastically reducing the tariff due to use of indigenous coal.”

The plant will be connected with the Matiari-Lahore Transmission Line for the transmission of electricity. Being developed on state-of-the-art coal technology, the project complies with all international as well as federal and provincial environmental standards. The development of this project will also contribute in socio-economic uplift of backward Tharparkar area which is now emerging as the energy capital of Pakistan.

To give a boost to the utilization of indigenous resources for power generation in line with the vision of the present government, PPIB, in addition to Thar coal-based power generation, is also handling 14 hydropower projects (HPPs) of 6,175MW in the private sector. These HPPs are at different stages of implementation.

By 2022, PPIB is targeting to fetch another 5,500MW through the completion of ten projects, majority of which are based on Thar coal and hydro. PPIB is also implementing Pakistan’s first private sector +660 kV Matiari-Lahore Transmission Line Project which is also the first HVDC project aiming to transmit electricity from coal projects in the southern zone to the load centers. This project is also under-construction and targeted to be completed by March 2021.