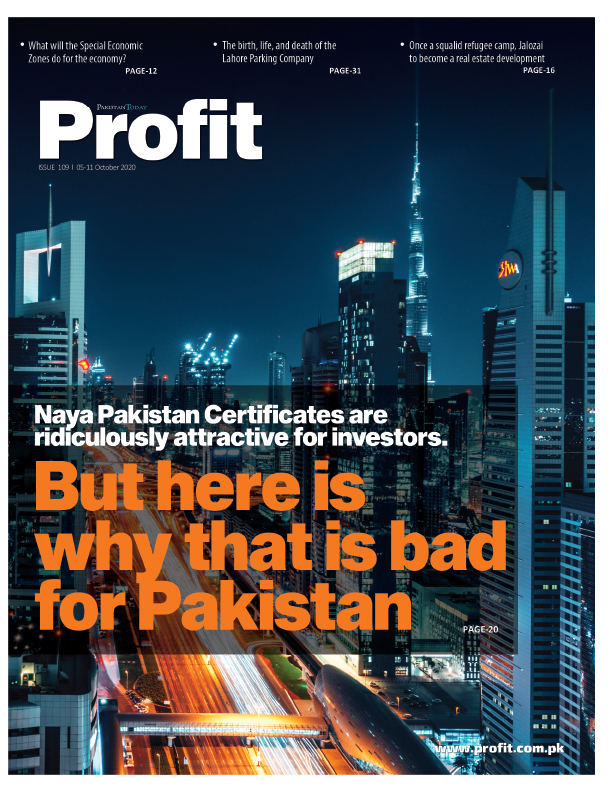 The biggest downside of the ruling Pakistan Tehreek-e-Insaf’s (PTI) obsession with Pakistani expatriates is that they have a tendency to bend over backwards to try to offer them incentives to move back to Pakistan or invest in the country. Those incentives – not available to resident Pakistanis – have the consequence of making resident Pakistanis second-class citizens in their own country.

Our cover story this week explores the example of one such policy, where the government has decided to offer excessively lucrative certificates of deposits to expatriate Pakistanis while ensuring that these deposits are not accessible to anyone who lives and works and pays taxes in Pakistan. This policy is manifestly unfair and the government should revise it immediately.

In our cover story, we explore some macroeconomic reasons as well as to why this is a bad policy: it is fundamentally the same thing as what former finance minister Ishaq Dar did during his tenure in office from 2013 through 2017, where he borrowed from foreign investors for the sake of financing consumption in Pakistan and keeping the rupee’s exchange rate against the dollar artificially high. Just because the PTI is asking Pakistani expatriates instead of foreign institutional investors does not make this policy any better.

We keep coming back to a series of the same bad ideas in Islamabad, and at this point is becoming painfully depressing to keep on having to critique the same thing – over and over again – in precisely the same manner, because nothing ever changes. We now understand a little more about what Khwaja Moinuddin meant when asked decades later how his Urdu play Taleem-e-Balighan remained as relevant as ever to Pakistani current affairs: “This is not any stroke of genius on my part. Pakistan just has not changed since I wrote the play!”

What a sad commentary on the state of affairs that – just two years after taking office in the middle of a recession caused by Ishaq Dar’s obsession with financing consumption and deficit spending through foreign borrowing, the Imran Khan Administration is embarking on a policy path that does the exact same thing. When will we ever learn to move on?

And when will we stop treating our own residents and citizens as better than second-class citizens in their own country? When will we start seeing them as the engines of growth that they can be?

Analyses are often bound by their frameworks. One such framework often used to study the Pakistani startup ecosystem is that it’s on the same...
Read more
COMMENT

While recognizing the necessity and importance of the National Security Policy, we must focus on execution
Read more