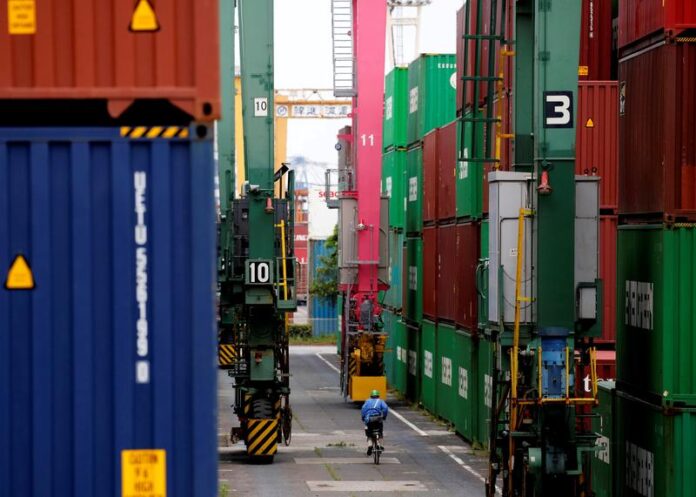 WASHINGTON: If Round One of the coronavirus relief effort was the economic equivalent of “shock and awe,” new plans being developed by the world’s biggest economies for more assistance to businesses and consumers are taking a narrower and more tactical approach.

Governments around the world went in big, hard and fast in their initial efforts to blunt the economic hit from the global pandemic, drumming up roughly $10 trillion in spending plans through June, according to International Monetary Fund estimates. Central banks levered that up further with rate cuts, bond purchases and a raft of other credit programs.

But with President Donald Trump in quarantine after testing positive for Covid-19 and a resurgence in cases in Europe and the United States, there is an acknowledgment that the recovery is far from complete. Government and central bank officials are now devising more targeted follow-up programs they hope will help the industries and people still displaced in the global downturn.

With tens of millions remaining unemployed, this second round of government aid will still be counted in the trillions of dollars. Major industries remain under stress from the restrictions imposed last spring to try to halt the coronavirus, and public trust in routine activities like restaurant dining has not been restored.

This time around, officials are betting the virus can be suppressed without reverting to broad lockdowns, ideally allowing a global economic recovery to largely proceed. Their gamble will determine whether the world heads into 2021 poised for recovery and able to take full advantage of any successful vaccine – or climbing from an even deeper hole.

Rising caseloads “put governments in the unenviable position of trying to limit the damage to public health, while avoiding stringent measures to limit economic and social life,” Kevin Loane of Fathom Consulting wrote in a recent note.

“All leaders will be forced to come down more clearly on the side of mitigation or suppression. Suppression was the choice for almost all in the spring. It is unlikely that it will be again.”

In tandem with those efforts to suppress the virus, the global economic response last spring was unprecedented as major central banks and governments approved emergency programs to funnel cash to those whose jobs were at risk, keep credit cheap, and back a broad set of financial markets and economic sectors with bond purchases and loans.

The IMF’s estimated $10 trillion of global fiscal spending is still perhaps $2 trillion short of the hole the coronavirus has blown in the world economy, with global output seen shrinking 4.9pc this year. The IMF will issue updated forecasts and policy advice ahead of its Oct 12 to 18 fall meetings.

The world’s major central banks are not expected to do much more given the aggressive steps they have already taken, though the U.S. Federal Reserve and the Bank of England are still discussing more bond purchases and, in the BOE’s case, the possibility of using negative interest rates.

That leaves it to fiscal authorities to fill the gaps, crafting assistance for those who still need it on the supposition economies will not be forced back into broad hibernation.

Yet if the thrust of policy last spring was to get money out fast, with few strings attached, the aim now is more tailored.

In the United Kingdom, it involves swapping a blanket wage replacement program for one backing “viable” jobs – a step officials acknowledge will leave some people stranded but aid transition to a post-pandemic world.

“The sources of our economic growth and the kinds of jobs we create will adapt and evolve to the new normal. And our plan needs to adapt,” British finance minister Rishi Sunak said recently. “As the economy reopens it is fundamentally wrong to hold people in jobs that only exist” through government support.

As new Covid-19 cases hit record levels in France, the government provided extra cash only to businesses that were put under new limits, including gyms, theaters and cafes in the hardest-hit regions.

While Germany is also seeing caseloads increase, its economic response has been more forward looking, with programs already set to extend through the end of this year and in some instances through 2021.

With the economic recovery still fragile and fears of a resurgence in infections looming, Japanese officials say they are ready to deploy further fiscal stimulus to cushion the blow, though likely scaled back from earlier efforts.

In Washington, stalemated talks over more spending have resumed between Democratic leaders and the Trump administration. However Treasury Secretary Steven Mnuchin has said he wants any new spending targeted to small businesses and to programs for “kids and jobs,” rather than spread broadly and with few strings attached as it was in the $2.6 trillion CARES Act last spring.

Republicans want to limit new spending to perhaps half of the $2.2. trillion proposed by Democrats last week.

There is no guarantee of a deal of any size, though many economists feel the U.S. recovery will likely slow if one is not approved.

Moody’s Analytics chief economist Mark Zandi said if no further government help is approved this year, the US economy may contract in the fourth quarter and into next year, turning what began as a faster-than-expected recovery into renewed downturn and a return to double digit unemployment.

“Here is where the shoe could drop,” Zandi wrote.

DUBAI: It seems an unlikely vision, a megacity in the desert with no cars or roads, all run by machines that can recognise your...
Read more
Automobile