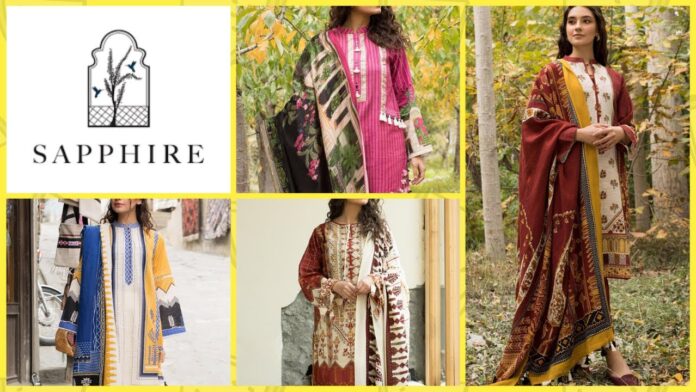 You would think, that in the middle of a pandemic that has gripped most countries and societies, that many Pakistanis would consider the act of buying new shalwar kameezes last on the priority list. Of course, you would be wrong. This may have been a tricky year for textiles on a whole, but retail is doing just fine. And for that, all you have to do is take a look at Sapphire.

For the year ending June 2020, Sapphire Textile Mills, which is the holding/parent company of Sapphire retail made a consolidated profit after tax of Rs7,864 million, compared to 2019’s profit after tax of Rs5,039 million. Similarly, the company’s net revenue was around Rs53 billion, compared to 2019’s Rs49.6 billion, which represents a growth of 6.9% during a year when most businesses have seen declining revenue.

What happened in 2020? For that, let’s recap the history of Sapphire.

Sapphire is one of the largest industrial conglomerates in the country, focused in textiles, power generation, dairy and retail, but is perhaps most famous for the last industry. Sapphire Retail is the brainchild of Nabeel Abdullah, a member of the family that owns a majority share in the Sapphire Group. He is currently the CEO of Sapphire Retail and a member of the board of directors of Sapphire Textile Mills.

The company started off in 2014, with a Rs10 million investment in a single store in Dolmen Mall Karachi, which opened in December of that year. Sapphire Retail is mainly a clothing brand, but also sells bedding, linens, and other home décor products. The company has four spinning plants, one weaving plant, and one sticking plant.

In fiscal year 2020, the processing, printing, home textile, and  textile retail division of the publicly listed Sapphire Textile Mills Ltd – which houses Sapphire Retail – had revenues of Rs14,674 million. That represents a 32.4% average annual growth rate over the Rs2,730 million in revenue the company did in that segment in 2014, the year the company started the retail business.

From that initial Rs10 million investment in a single store, Sapphire Retail has grown substantially. The company operates 25 stores across Pakistan, including in Faisalabad, Sialkot, and Gujranwala. Profitability in the retail business hit Rs946 million in pre-tax income for the year ending June 30, 2020.

Some of Sapphire’s growth have to do with long term trends, and some are specific to 2020. Let’s start with the first.

Sapphire, and other Pakistani retail brands, are benefiting from a phenomenon that is out of their control: simply put, more Pakistani women are going to work, need more clothes for work and have less time to spend on making clothes themselves, and finally have some decent disposable income to spend.

Consider: Pakistan’s female labour force participation rates have increased dramatically, from 16.2% in 2001 to 25% in 2018, the latest year for which data is available from the Labour Force Survey conducted by the Pakistan Bureau of Statistics (PBS). You can see this trend reflected in other data too: in 2002, according to PBS data, more than 68% of total spending on clothes went to buying unstitched cloth and other accessories and only 13% of spending went to readymade clothes. In 2016, the proportion of consumer spending going to readymade clothes was 33%, with unstitched cloth and accessories going down to 50% of total spending.

One can see this shift in Sapphire’s clothes as well. When the retail giant started out, the company focused on high-end expensive three-piece suits, which were typically made of cotton or silk, but often resplendent with embroidery (which increased the cost). No more: by 2020, the company has shifted to making cotton ‘lawn’ one-piece kameezes, or light cotton, with little embroidery, or simple patterns.

Part of it is a marketing strategy to differentiate from, say Khaadi, which makes colourful, machine embroidered, kameezes, whereas Sapphire gravitates towards floral prints. But part of it is to also target a younger consumer segment: working women in their 20s who typically mix up their separate kameezes and pants, and have less money to spend on three-piece suits.

It is also why Sapphire introduced Sapphire West in July 2019, which is the company’s response to a demand for western clothing by younger women. It also introduced Sapphire Intimate and Sleepwear in December 2019, which so far no major Pakistani retail company has moved into. Bras in Pakistan fall in two camps: expensive, over-the-top bridal sets, or cheaply-made, flimsy products. Sapphire’s decision to produce aesthetically normal bras (if still a little pricey) shows the company is, again, responding to young women’s consumer needs.

Sapphire is also benefiting from the Covid-19 pandemic, in that the company was forced to jumpstart its online sales division. The company already sold its products online on its own e-commerce store as well as on Daraz.pk, the Alibaba-owned e-commerce company. However, when the physical shutdown happened, Sapphire was forced to ramp up online sales and marketing.

It helped that both Eids this year – typical flash sale points for new shalwar kameezes – fell during partial lockdowns. Online sales went from around 7-8% pre-pandemic to around 28% durig Covid-19. Surprisingly, that figure stayed constant even after the lockdowns were lifted, and people began to visit malls again. People, it seemed, had become used to the idea of shopping for Sapphire online. A side-effect of this is that Sapphire’s operating costs actually decreased by half in one year, even though distribution and administrative costs stayed roughly in the same ball park.