Eight more trains to be privatised from Nov 12 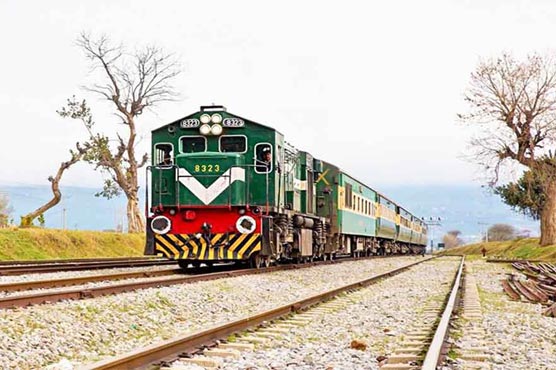 LAHORE: Railways Minister Sheikh Rasheed Ahmad has said that eight more trains would be privatized from November 12th, while the “rail car service” between Lahore and Rawalpindi would be revived from November 30.

Addressing a press conference at the Pakistan Railways headquarters on Saturday, he said the rail car, which was being revived, runs between Lahore to Rawalpindi and Rawalpindi to Lahore at 4:30pm, adding that coaches were being prepared in this regard as the number of passengers on this route were increasing.

“I want private parties to come forward and run their freight trains using railway’s infrastructure and properties,” the minister said,

He further said that online booking of freight trains had been started to stop irregularities in this regard.

Sheikh Rashid said that railways had given four freight trains to private parties under public-private partnership.

“People of Pakistan are standing with Pak Army and they pay tribute to the sacrifices rendered by Pak Armed Forces for the integrity of the country”,he said.

To a question, he said that Prime Minister Imran Khan and his team would overcome the problem of price hike soon.

Sheikh Rashid Ahmed said that in politics, dialogue could not be stopped, adding that incumbent government would complete its constitutional tenure.

Responding to a question, he said, ” A politician is always ready for elections”, adding that present government was trying it’s best to bring Nawaz Sharif back.

To a question, he expressed his opinion that Pakistan Peoples’ Party would not accept those decisions of Pakistan Democratic Movement (PDM) which could harm democracy.