The chemical company is looking to invest in coal, even though the rest of the world is moving towards renewables 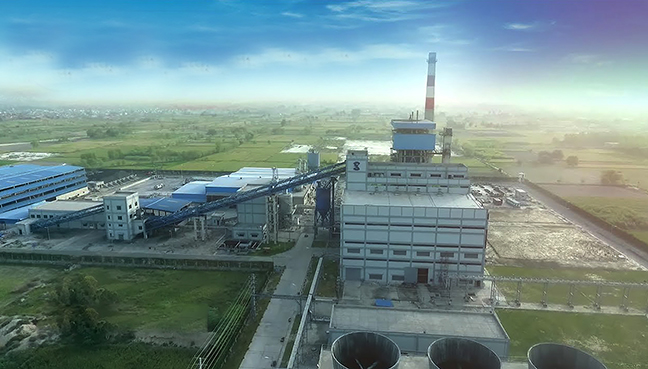 As the name suggests, Sitara Chemicals is no Greenpeace. And yet the chemicals company has done a very good job of hiding the existence of its coal fired power plant, almost necessarily so. There is no mention of ‘coal power’ in the company’s entire 2020 annual report, and there is exactly one mention of a lone power generation plant.

And yet, in a notice issued to the Pakistan Stock Exchange on October 21, Sitara Chemicals is looking to expand its coal fired power plant by 40 megawatts, and is willing to invest Rs5.5 billion in doing so. That is a hefty sum that makes us pause: it is significantly larger than the two projects approved in the last fiscal year.

That it is investing more than twice the sum of money it invested in expanding its core business into power generation raises significant questions not just about the kind of infrastructure that exists in Pakistan for large scale manufacturing, but also for the potentially highly skewed incentives currently on offer by the government of Pakistan to companies that set up coal-fired power generation units.

So, what is this company planning?

Sitara initially began to produce caustic soda in 1985, initially at a rate of 30 metric tons of caustic soda a day, which was gradually increased to the current level of 610 metric tons a day. Its specialty chemicals and export division was established in 2001. The company entered into the textile spinning business in 1995. While the registered office is in Karachi, the manufacturing facilities are in Faisalabad.

In the last four decades, the company has managed to become the largest chlor alkali complex in Pakistan. The company has also expanded into other, related verticals: besides manufacturing caustic soda and various allied chemicals, the company has over the past 18 months been able to set up independent plants to produce industrial gases, such as nitrogen and carbon dioxide. Its spinning unit, which produces polyester, cotton, and polyester viscose, has a daily production capacity of 22,080 spindles.

So why the setting up of coal-fired power plants? Well, part of it is simply the continuation of an older trend: large scale manufacturers in Pakistan often set up their own power plants because the electricity supply from the national grid is often deemed too unreliable. Many operating managers of industrial units say that even if the utility companies provide uninterrupted power to industrial areas, they cannot always guarantee a lack of fluctuations in voltage levels. Too much fluctuation can be very dangerous for heavy equipment.

As a result, nearly all of the largest industrial conglomerates in Pakistan own power generation units that supply the bulk of their electricity to the company’s own industrial units and sell their surplus power to the grid. During the Musharraf administration, when the government started supplying cheap natural gas to industrial captive power plants, many companies set up far larger power plants than they needed to take advantage of the significant cost differential between the cost of generating the electricity through natural gas and the price they could get by selling it back to the grid.

Under the third Nawaz Administration, this policy seems to have gone further. While the government has tried to limit the state-owned gas distribution companies from handing out new industrial connections for natural gas, it did allow companies to import coal and set up coal-fired power plants as part of the effort to increase power generation capacity.

And the government offered highly generous incentives for setting up coal-fired power plants, offering guaranteed internal rates of return – measured in US dollars – of between 27% and 35%, astronomical by any measures.

The reason for offering such ludicrously generous terms for coal as the fuel source – at a time when the rest of the world is actively seeking to shut down coal – was ostensibly to take advantage of indigenous coal from the Thar coalfields in Sindh. However, the vast majority of coal-fired power plants in Pakistan use imported coal, defeating the purpose of the policy, which was meant to make Pakistan more energy independent.

It is no wonder why any private sector company might want to invest their capital into coal-fired power plants. The bigger question from the government’s perspective, however, is what the impact will be of this over-investment in power generation capacity – using the dirtiest source of fuel in a country that is among the most vulnerable to the effects of climate change – on the wider economy.

For one thing, companies are clearly investing far more of their capital into power generation – which, at this point, is no longer needed, given the surplus of power generation capacity in the country – and not in increasing the productive capacity of their own core businesses. Every industrial conglomerate is now also turning into an energy company, which will likely reduce the level of focus that these companies will have, and likely have an impact on their competitiveness.

And the diversion of capital towards capturing more and more of the government’s guaranteed cash flows to the power companies is likely to increase the financial burden on the state-owned energy infrastructure and ultimately end up increasing the cost of electricity as more and more of consumers’ bills go towards paying the guaranteed returns on power plants that sit idle because the government has signed “take or pay” contracts with them.

It is understandable that Sitara Chemicals wants to get in on that action. It is far less understandable why the government of Pakistan is keeping this process going long after its utility has expired.