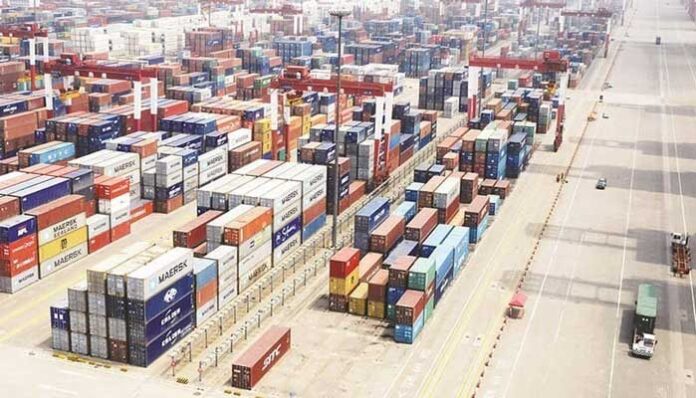 ISLAMABAD: A meeting of the Ministry of Commerce was held on Tuesday under the chairmanship of Advisor to Prime Minister on Commerce and Investment Abdul Razak Dawood to review the country import-export trends.

Based on the import-export data, Pakistan’s trade deficit shrank 22.6pc ($1,587 million) in October 2020, showing an improvement of $463 million over the same month of last year.

The adviser was briefed that during the July-October FY21 period, exports decreased marginally by 0.1pc. The exports during this period stood at $7,540 million as compared to $7,547 million in July-Oct FY20.

The advisor expressed satisfaction at the export trends and praised Pakistani exporters for bringing the exports back to pre-Covid levels despite uncertainty and contraction in the country’s major markets.

The advisor hoped that Pakistan’s economy would continue with its upward recovery trend and directed the ministry officials to proactively facilitate exporters and businessmen. “No stone be left unturned to counter the effect of the second wave of Covid-19 in the country’s major markets.”