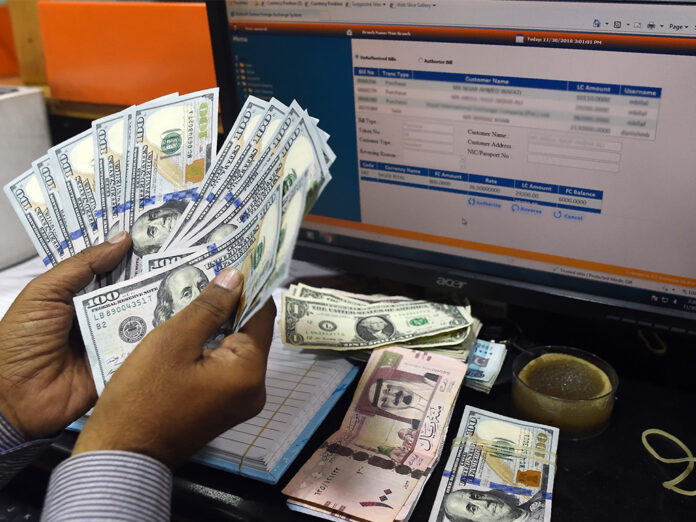 KARACHI: Pakistani Rupee continued its winning streak against the US Dollar in the interbank market, gaining another 37 paisas on Friday to bring down the value of the greenback back to the level of March 13, 2020.

According to a tweet of the State Bank of Pakistan, the US Dollar opened at Rs159.46 and closed at Rs159.09. PKR has gained Rs1.17 against the greenback during this week while it strengthened by Rs1.11 against the dollar last week.

“Uptick in remittance inflows ($2 billion per month since the beginning of FY21), a quarterly current account surplus ($792 million) after more than five years (last time a surplus was recorded was in 3QFY15) against a deficit of $1.49 billion in the same period last year coupled with the dollar depreciating against all major currencies (the dollar index is down 10pc since March) are some of the factors that led to appreciation of the rupee,” said Sana Tawfiq, analyst at Arif Habib Ltd.

The deferment of $1.8bn loan repayment to G20 till December 2020 – with a further relaxation anticipated till June 2021 – and expected improvement in inflows with the launch of Roshan Digital Account have also helped stabilise the exchange rate, she added.