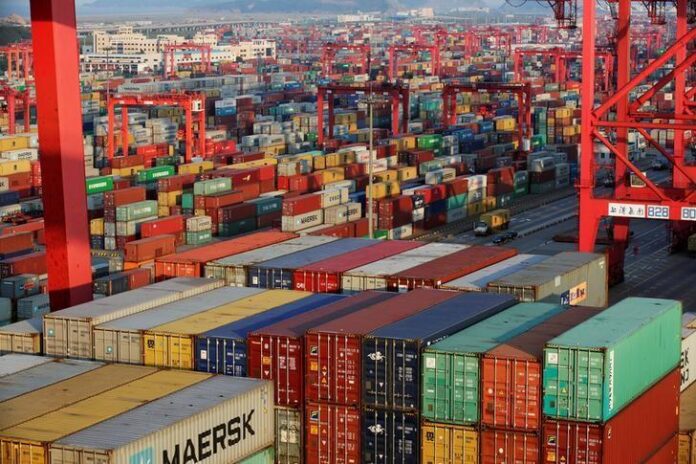 The draft policy on Strategic Trade Policy Framework (STPF) 2020-25 has been shared with the Prime Minister Imran Khan to seek his feedback before presenting it in the federal cabinet.

According to sources, under the proposed STPF, a three-tier institutional mechanism is proposed for the resolution of sector-specific problems. It is believed that new mechanisms will help facilitate exporters to overcome their problems.

A high-powered board will be established under the chairmanship of the prime minister that would meet twice a year to approve policies for the promotion of exports from the country.

Other members of the board will include ministers for finance, commerce, food security, energy, and power divisions, State Bank of Pakistan governor and other top officials of the relevant ministries.

Interestingly, while the government has not been able to meet the export targets for the past two years, the ministry envisages ambitious annual exports of $37 billion by 2025.

According to details, apart from the policy board, the ministry would also constitute another ‘executive committee’ to be chaired by the commerce minister. The relevant federal secretaries and chairman of the Federal Board of Revenue would be members of the committee, which would look into the day-to-day issues faced by the exporters and ensure its resolution. The executive committee will meet on a monthly basis in order to ensure the implementation of policy measures.

In the third tier, it has been proposed to constitute 12 to 16 sectors specific councils/boards. These councils will review sector-specific policies and suggest policy as well as incentives for the promotion of products as well as its subsequent exports from the country.

The recommendations of the council will first submit at the level of the executive council for approval and implementation. However, these proposals can be taken up at the executive board level in case of involving high-level decisions.

It will be the first STPF, which will focus on establishing an institutional mechanism instead of one-time subsidies for the sectors. The private sector will be involved in all decisions especially having representation from the private sectors in the councils.

Under the STPF 2020-25, textile, leather, surgical and sports goods, carpet, rice, and cutlery was included along with non-formal and development sectors like engineering goods, pharmaceuticals, auto parts, process food and beverages, footwear, gem and jewelry, chemicals, meat and poultry, seafood, marble, and granite. And the special focus will be made to enhance exports in these sectors.

In the last decade, the Commerce Division had notified three STPFs: in 2009-12, 2012-15, and 2015-18. But none of these were successfully implemented to achieve the desired objectives due to various reasons. Moreover, the policies also failed to alter the export paradigm over the period.