Wedding industry refuses to shut down in defiance of govt order 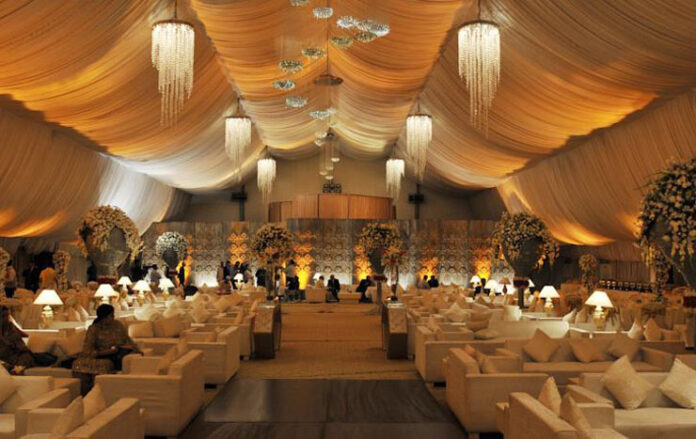 LAHORE: The Punjab Marriage Halls Association (PMHA) and Punjab Caterers Association (PCA) have refused to implement the government’s latest order to close marriage halls from November 20 to January 31, and demanded its immediate withdrawal.

Addressing the press conference, Bhatti accused the government of discrimination. “Was there no danger in the recent demonstrations in Hafizabad where the prime minister addressed crowds? What about the threat of the spread of coronavirus in opposition rallies, religious gatherings, railway stations, airports and transport, etc.? ” he said.

The association’s patron lamented that wedding halls were closed before any other business when the first lockdowns began and reopened last. “After that, the business was at a bare minimum due to Muharram and Safar. Now, just as work has resumed, an order to shut down has been issued again,” he added.

Officials of association called on the prime minister, chief justice of Pakistan (CJP) and chief of army staff (COAS) to protect their businesses.

“We demand that the order be withdrawn as it is a question of our livelihoods,” they said, claiming “we have already been allowed to arrange functions only under strict SOPs, none of which have been violated in any marriage hall in Punjab.”

Furthermore, the association threatened to hold press conferences in all districts of the province and simply reject orders if their demand is not met.

“If the government does not accept our demands, we, including our employees, will block the roads. In any case, we will not allow wedding halls to be closed from November 20,” it was said.

The association also expressed distrust in the qualifications of Federal Minister Asad Omar and demanded his removal.

On the other hand, the Punjab government has decided to formulate alternative proposals for opening marriage halls; the government will present its recommendations at the next National Command and Operation Centre (NCOC) meeting in this regard.