Govt to engage stakeholders on proposed PTA with Afghanistan: Dawood 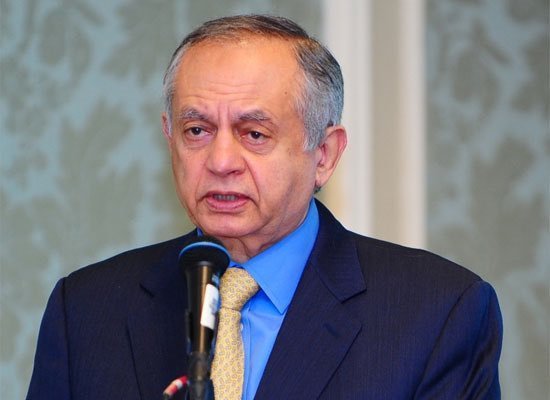 ISLAMABAD: Adviser to Prime Minister on Commerce and Investment Abdul Razak Dawood said on Friday that following the prime minister’s visit to Kabul, the Ministry of Commerce will start engaging all stakeholders on items to be placed in the proposed Pak-Afghan Perennial Trade Agreement (PTA), starting next week.

“We are looking at engineering, pharmaceutical, cement, building materials, fruit and vegetables for enhancing the trade liberalization between both of the countries,” said the adviser in a tweet. “I request all the stakeholders to be prepared for discussions through video link.”

On Thursday, the commerce adviser had informed that PTA between Pakistan and Afghanistan will be finalized by the end of January 2021, and hoped that Afghanistan-Pakistan Transit Trade Agreement (APTTA) will also be signed around the same time.

It is pertinent to mention that a trade delegation, headed by the commerce adviser, had left Islamabad for a two-day visit to Kabul on Monday to mull ways to boost bilateral trade ties.

During the meetings, extensive and fruitful deliberations were held on the whole spectrum of bilateral trade and investment relations including formalization of informal cross-border trade, while the two sides also discussed a wide range of issues pertaining to trade and economic integration.

“Held an extensive round of discussions with the concerned officials and a 1-on-1 meeting with H.E. the President of the Islamic Republic of Afghanistan Ashraf Ghani. Many understandings reached on several issues relating to trade & transportation,” the adviser had tweeted following the meetings.

During his visit, Dawood also met High Council for National Reconciliation (HCNR) Chairman Abdullah Abdullah and thanked him for his support, besides calling on Da Afghan Wolesi Jirga speaker and the Da Afghanistan Bank governor.