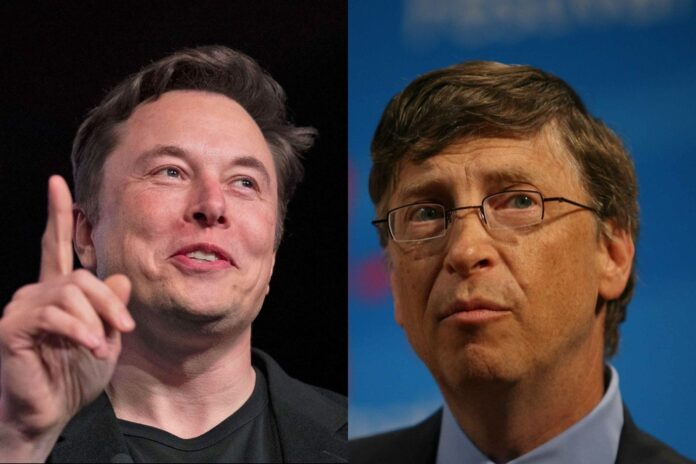 The 49-year-old entrepreneur’s net worth soared $7.2 billion to $127.9 billion, driven by yet another surge in Tesla’s share price. Musk has added $100.3 billion to his net worth this year, the most of anyone on the Bloomberg Billionaires Index, which ranks the world’s 500 richest people. In January, he was ranked 35th.

His advance up the wealth ranks has been driven largely by Tesla, whose market value is approaching $500bn. About three-quarters of his net worth consists of Tesla shares, which are valued more than four times as much as his stake in Space Exploration Technologies, or SpaceX.

Mr Musk’s milestone marks only the second time in the index’s eight-year history that Mr Gates, the co-founder of Microsoft, has ranked lower than number two. He held the top spot for years before being bumped by Amazon.com founder Jeff Bezos in 2017. Mr Gates’ net worth of $127.7bn would be much higher had he not donated so prodigiously to charity over the years. He has given more than $27bn to his namesake foundation since 2006.

With Monday’s move, Mr Musk unseats an occasional verbal sparring partner in Mr Gates, who the Tesla billionaire has ridiculed on Twitter for, among other things, having “no clue” about electric trucks. The two have also traded barbs over Covid-19. Mr Gates, whose charitable foundation is one of the pre-eminent bodies backing vaccine research, has expressed concern over Mr Musk’s stated suspicion of pandemic data and embrace of certain conspiracy theories.

The year has been a lucrative one for the world’s richest people. Despite the pandemic and widespread layoffs that have disproportionately affected the world’s working class and poor, the members of the Bloomberg index have collectively gained 23 percent – or $1.3 trillion – since the year began.