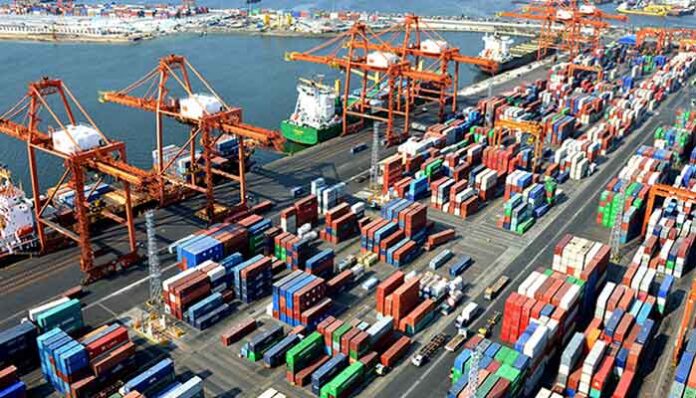 ISLAMABAD: Deep draft berths at Karachi Port are currently occupied by wheat importing vessels, owing to which the export of cement is getting badly affected, causing huge losses to the exporters.

In a letter to the maritime affairs minister, Power Cement Chief Executive Officer Kashif Habib stated that all three deep draft berths available at Karachi Port are occupied by the wheat vessels, as imported wheat is being discharged. “Due to slow discharging of wheat vessels (8-9 days are required to discharge the vessel), the clinker/cement vessels are forced to wait for an extended period of time.”

He said the delay in discharging of wheat and occupation of all available deep berths are ultimately delaying the loading of 55,000MT cement/clinker, which only needed 3 to 5 days.

According to the letter, there are currently at least four wheat vessels on berth while three others are waiting at anchorage.

The cement exporter requested the ministry to give priority to clinker vessels, and suggested that “maximum two berths be given to wheat vessels at any given point while other berths be given to export-oriented cargoes like clinker/cement”, as wheat emergency situation has been eased out in the country.

The ministry was also reminded that the cement industry had exported over 5.7 million tonnes of cement/clinker by sea in the last 10 months, which was an export worth around $200 million.