Over 500 Japanese IT firms willing to invest in Pakistan: envoy 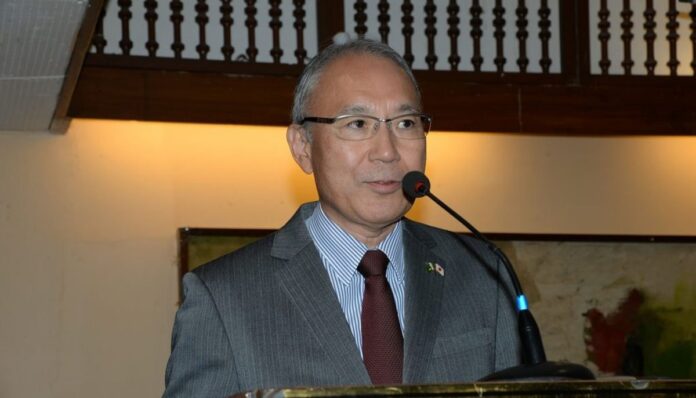 ISLAMABAD: More than 500 Japanese IT companies would come to Pakistan once the pandemic subsides as the country expects to face a shortage of 800,000 IT engineers by 2030.

This was stated by Japanese Ambassador to Pakistan Kinnori Matsuda in a meeting with Special Assistant to Prime Minister (SAPM) on Overseas Pakistanis and Human Resource Development Zulfikar Bukhari to discuss the export of Pakistani IT engineers to Japan.

The meeting was followed by a video conference with the Japanese IT companies association. Officials from the Ministry of Foreign Affairs, Ministry of Information Technology, Pakistan Software Houses Association and embassies of both countries participated in the meeting.

It may be mentioned here that Pakistan is working to send its manpower to countries other than the Gulf region and is engaged in talks with South Korea, Germany, Romania and Japan.

Speaking on the occasion, the Japanese association said that shortage of IT engineers was intensifying in Japan and apprised the SAPM of about 100 Japanese companies which had contacted the embassy following the Pak-Japan skilled workforce agreement.

Bukhari added that under the new vision, the Ministry of Overseas Pakistanis was expanding its horizon for Pakistani manpower exports to countries other than the Gulf Cooperation Council (GCC).

He said that the ministry was in close contact with South Korea, Romania, Germany and Japan and sending manpower to Japan was the top priority.

“I will be making an important visit to Japan next year,” the SAPM said, adding that 2021 would mark a new beginning for Pakistan-Japan relations.

Bukhari voiced hope that in 2021 the ministry would pave the way for Pakistani IT engineers to work in Japan and Japanese IT companies would also be welcomed to set up training centres in Pakistan.

He said that after the Japan visit, a Pak-Japan IT conference would be held in Pakistan and that Japan would soon become the second largest market for Pakistanis after the Gulf countries.