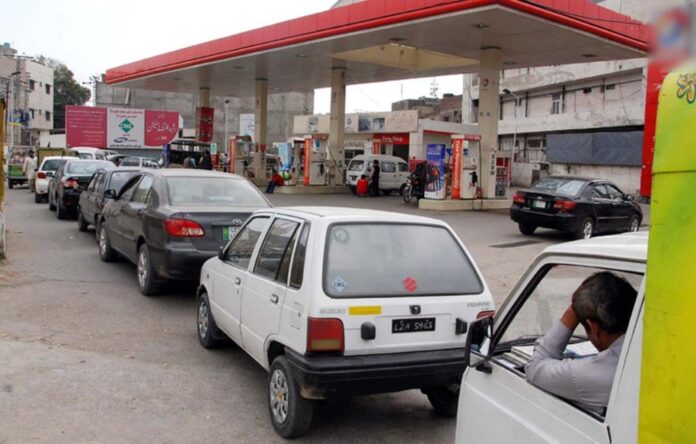 PESHAWAR: The Petroleum Division on Monday claimed that no gas load shedding is being carried out in any part of the country.

In a statement on Twitter, the division said that there is no gas load shedding for domestic, industrial and commercial consumers in the country while the LNG cargo ship scheduled for December 18 reached the country on December 21, today.

2. Ref. a press report which states, one LNG cargo that was scheduled to arrive on 18th December has delayed at loading port& is now scheduled to arrive today. This will allow both sui companies to enhance LNG supplies frm tmrw which is expected to improve system pressure.

Both the Sui Southern Gas Company (SSGC) and Sui Northern Gas Company (SNGC) are trying their best to maintain a normal supply of gas to the consumers. The complaints of low pressure are being resolved and the use of a gas compressor is illegal, the statement reads.

4. Both gas utilities are striving to maintain the gas supply to 10 million households across the country. However, illegal use of gas compressors has led to low gas pressure problems in some areas, which is being curbed by the sui companies.

Earlier, commuters and transporters in KP lamented about facing difficulties as over 600 compressed natural gas (CNG) stations in the province remained shut on the second consecutive day on Sunday due to suspension of gas supply to the filling stations.

The government had ordered Sui Northern Gas Pipelines Limited (SNGPL) to the gas supply of CNG stations in Khyber Pakhtunkhwa (KP) for four days a week to ensure supply to domestic consumers.

The move came after CNG stations across the province, despite government directions to suspend operations, continued to provide gas filling services to vehicle owners.

Usman, a resident of Peshawar, told Profit that the people have been facing a lot of problems due to the ongoing gas load shedding in the provincial capital for the past one month. He alleged that CNG stations had continued operations with the connivance of senior officials of the SNGPL.
On the other hand, All Pakistan CNG Owners Association (APCNGOA) KP Provincial President Fazal Muqeem Khan told Profit that the gas suspension of supply to Khyber Pakhtunkhwa violates Article 158 of the 1973 Constitution.
“SNGPL has suspended the gas supply, but the notification does not carry signatures of the relevant authority otherwise our association is ready to move court against it,” he added.
According to the officials of the CNG association, due to high gas production in the province, the province has a legal right that CNG will not be shut down in KP while the supply of gas to domestic consumers must be also be ensured. “We will hold more protests next week if the government does not reverse its decision,” the association warned.

CNG station owner Afsar Khan told Profit that despite the abundant gas production in KP at the moment, gas is neither being supplied to industries nor domestic consumers. “It is the government’s responsibility to ensure the gas supply to all of its customers. Why should we pay for their mistakes?”

On Sunday, gas shortage and low pressure was also reported in several cities of Punjab, Balochistan and Sindh while citizens complained about being forced to use LPG cylinders and wood for burning.