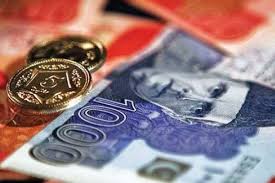 The federal budget deficit soared to nearly Rs1 trillion in the first five months of the current fiscal year (5MFY21), which was largely in line with the annual budget target due to a continued squeeze on defence and development spending and keeping some expenditures off the books.

According to a report by the Express Tribune that quoted sources in the Ministry of Finance, the federal budget deficit widened to Rs992 billion or 2.2 per cent of gross domestic product (GDP) during the July-November period of FY21, which was 5pc higher than the same period of last fiscal year.

Overall, the total federal government expenditures increased by 14.5pc to Rs2.4 trillion during the July-November period. Expenses were higher by Rs300 billion compared to the same period of last year.

Out of the increase of Rs300 billion, additional spending of Rs244 billion was on account of debt servicing, which means other expenditures of the federal government remained almost at the same level compared to last year.

For the current fiscal year, the government has set the federal budget deficit target at Rs3.43 trillion or 7.5% of GDP. The deficit in the first five months was equal to about 29% of the annual target and was in line with the estimate; however, the trend is expected to reverse in the coming months due to anticipated shortfall of over Rs350 billion in tax revenue.

The local media outlet also claimed that the finance ministry did not fully pay electricity subsidies and a significant amount remained unpaid, which was added to the circular debt during the period under review.

Overall, the budget deficit, calculated after taking into account the provincial cash surplus, stood at Rs822 billion or 1.8pc of GDP. It was 0.3-percentage-point higher than the same period of last fiscal year.

It may be noted here that a squeeze on development and defence spending is aimed at supporting the primary balance, which is part of the International Monetary Fund’s (IMF) conditions.