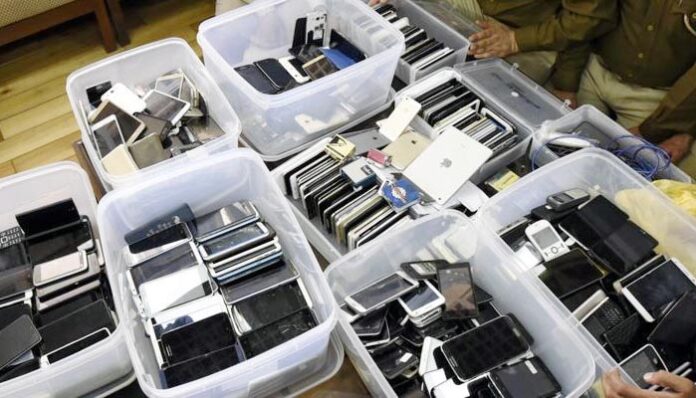 According to details, the customs’ staff posted at the airport identified suspicious bags on baggage scanners during the clearance of flight PK-134 which arrived from Dubai. During the search of the bags, 1,360 mobile phones, 14 Ipads and six video games were recovered from passengers, namely Muhammad Azeem from Sialkot, Nabeel Ahmed from Karachi, Hassan Ali from Sialkot, Muhammad Rashid from Sargoda, Nauman Hassain from Faisalabad, Muhammad Zafar from Lodhran, and Zafar lqbal from Vehari.

Sources said that the above mentioned flight was bound to land early Thursday morning around 4am but it was diverted to Peshawar due to bad weather conditions and later it landed around 12pm in the afternoon.

They said that a well organized group of travel agents working in Dubai give around 200 to 300 dirhams to passengers on the condition that they will transfer the mobile phones to people standing outside the airport.

Customs Assistant Collector Salik Gondal told this scribe that they have arrested seven people in this case, who wanted to evade Rs13 to Rs14 million tax from this attempt.