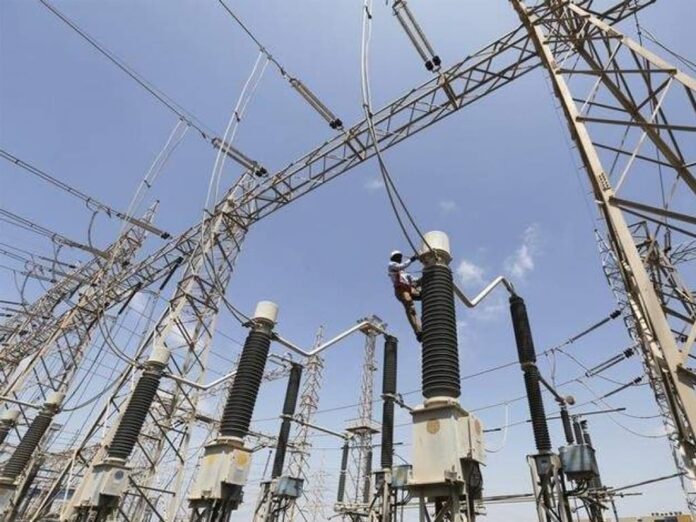 The energy value chain in Pakistan in its current state is tantamount to exploring a labyrinth with a multi-headed hydra.  Cutting off one head (solving one problem), would result in more heads popping up (unintended outcomes of that policy prescription), while you further lose your way in the labyrinth.

If the problems weren’t complex enough, lack of direction, or a clear-cut plan right from the top was always missing.  Most policy prescriptions target a specific component of the value chain, resulting in unintended consequences for the rest of the value chain.  The ability to zoom out, take a macro view, and carefully optimize the various linkages has always been missing, until the latest power czar took up the challenge, who had recently resigned, but then was reinstated again, thereby continuing the juvenile game of musical chairs that is a hallmark of the incumbent government.

The plan is simple: deregulate the energy markets, whether it be electricity, or petroleum products.  A vibrant market with multiple buyers and sellers ought to create an environment which enables price discovery in a transparent manner.  This certainly is a vanilla neoclassical prescription, but how it pans out on the ground in an environment where contract enforcement is weak, judicial interference is rampant, and rent-seeking is the order of the day, remains to be seen.

Through this maneuver, the federal government would effectively avoid dealing with the overstaffing and redundancy related issues of the distribution companies.  These distribution companies (excluding K-Electric) have annual losses of more than Rs. 100 billion, which would be transferred to the provinces.  Revitalizing these entities would initially entail trimming the fat and a voluntary separation scheme, it is still not clear how that will be funded.  A revitalization plan without backstopping a voluntary separation scheme would be setting up the plan for failure.

A transfer of ownership would certainly push provinces to have more skin in the game, as any transmission & distribution losses and other inefficiencies will eventually eat into provincial finances, encroaching on already constrained fiscal space.  However, there needs to be a transition period for the same before any transfer can take place, as a revitalization plan needs to be developed for each distribution company with a clear-cut funding plan, backstopped by the sovereign for the initial few years.  This will ensure that there is buy-in from the provinces before any transfer takes place, while also ensuring that adequate funding is in place to revitalize the distribution companies.

A ridiculously inefficient distribution network is the weakest link, which will continue to add to a bloated circular debt, the cost of which will be borne by consumers either directly through higher tariffs, or indirectly through finance costs, etc.  It is estimated that roughly 18 percent of electricity is simply lost during the distribution process, and there is little to no incentive for distribution companies to enhance inefficiency.  Packing them up, and giving them off to provinces without making any structural changes is only going to make things worse.

Recent injection of liquidity in IPPs through cash and in-kind issuance of Pakistan Investment Bonds can only alleviate liquidity constraints only to a certain extent, till the next time the circular debt is bloated further, largely due to distribution inefficiencies.

Another tenet of the plan is to utilize renewable energy, and indigenous coal for power generation, and capacity additions in the future, without getting stuck in long-tailed take or pay contracts.  This would catalyze increasing energy security for Pakistan, while also conserving precious foreign exchange reserves.  However, renewable energy, and coal is an odd couple, or even an oxymoron.  Economic costs of power generation through indigenous coal must also include healthcare, environmental, and other externalities.  Once those costs are added, sole reliance on indigenous coal to provide base-load creates more problems than it solves.

Taking a macro view of the energy value chain does demonstrate that indigenous coal can be used to create synthetic gas, or liquids, with a much lower carbon footprint.  The recent commitment of the Prime Minister to transition towards ‘coal to gas’, and ‘coal to liquid’ further testifies to that.  Renewable energy has a seasonal component which can be leveraged to optimize the energy mix, while also expanding utilization of relatively cleaner sources, such as nuclear energy, and natural gas.  Lowest hanging fruit for renewable energy is making it easier for retail, and commercial renewable energy producers to opt for net metering – which will not only incentivize greater uptake, but also lay foundations for creation of a vibrant electricity trading market.  Incentivizing micro-grids powered by renewables in areas with a patchy, or non-existent distribution network would remain critical in enhancing access to electricity for a large area of the country, which is still currently in the dark.

The plan also envisages establishment of power transmission projects under a Public-Private Partnership model with an open access policy. Such a model would crowd-in private capital in a component of the energy value chain which has largely been ignored for more than two decades now, and is responsible for significant inefficiencies.  A market-oriented model, which can even take the form of a Real Estate Investment Trust (REIT) would be incentivized to minimize energy losses during transmission.  A precedence in the case of sharing of telecom infrastructure already exists – decoupling that to include private capital can push towards resolution of the transmission problem, amidst all opposition, and regulatory bottlenecks.  The recent grid failure which plunged almost all of the country into darkness further illustrates the precarious and vulnerable state of the country’s transmission network.

The ultimate objective remains availability of electricity at affordable prices, such that the economy remains competitive, and the consumer is not burdened – while also ensuring that adverse environmental externalities can also be kept to a minimum.  Affordability is a function of fuel prices, inefficiencies, and taxes, with inefficiencies and taxes making up more than two-third of potential cost overhang that can be minimized.

A tough reform program through revamping of transmission network, and distribution companies is the only way out – kicking the can down the road will only make things worse as the size of circular debt continues to inflate.  Almost halfway through the incumbent government’s tenure, not much effort has been made to undertake tough reforms in the transmission, and distribution space.  Although there have been some gains extracted from renegotiated power contracts, but in the larger scheme of things, it does not move the needle on the affordability front.  It will only be through weeding out inefficiencies, and through rationalization of taxes for the consumer that electricity prices can become competitive at the end-user level.

A vibrant energy market with a multitude of buyers and sellers, who have the right set of incentives to keep inefficiencies to a minimum is the only way forward.  Reformation of distribution companies whether through privatization, or through public-private mode is a decision that cannot be delayed anymore.  The consumer has been facing the paying a significant price for such inefficiency, and which is not sustainable anymore.  The hydra will continue rearing its multiple heads, but it isn’t the first time that an energy mess has been sorted in a developing country, and it will definitely not be the last.  Sticking with the principles of reducing inefficiencies, creating the right set of incentives for all stakeholders, rationalizing an extractive taxation regime, whilst enabling a competitive market for electricity is the only way to annihilate the hydra.

Facebook
Twitter
Linkedin
WhatsApp
Email
Previous articleImperial Ltd. sells its land and packs up its sugar business
Next articleServis: the iconic shoe company doubles down on its tyre manufacturing business

Despite the less than warm welcome he received from everyone, Dr Abdul Hafeez Sheikh has left the economy better than he found it
Read more
COMMENT

Pakistan’s eCommerce industry is tiny! The global average for eCommerce transactions as a percentage of total retail is in the 15% range (pre-covid). Digital-first...
Read more
COMMENT

If the government hears PAAPAM out, their automotive model can work for Public sector bodies and corporations
Read more